Slater & Gordon: The big dog in the Google Yard? 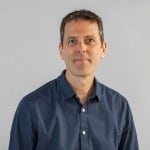 Slater & Gordon has been extremely busy in 2013. After snapping up a number of smaller firms over the course of the year and getting extremely close to Simpson Millar, the company recently announced the acquisition of the consumer business of Pannone – the company’s largest acquisition to date.

Legal Futures recently reported that the acquisition gives Slater & Gordon more than 5% share in the £1.8bn UK personal injury (PI) market. That impressive figure is sure to prompt the big players, Irwin Mitchell, Thompson Law and the like, to take note.

But the move does pose a challenge for Slater & Gordon, in that they are now moving into one of the most competitive B2C markets, and they’re going to have to attract consumers and ensure that they are ‘front of mind’ for those looking for a PI lawyer. Whilst TV plays its part, many potential claimants start their search for a solicitor on Google.

So what are the implications of this acquisition for the UK search market? Will Slater & Gordon now start to dominate the Google search results, and how will this affect the click-share of the other major players?

To answer this, we have looked at the top 25 search terms in the personal injury sector by volume (including “no win no fee”, “medical negligence”, “personal injury claims”, “no win no fee solicitors” and “head injury”) and where each unique domain appeared in Google (ignoring non-law firms). Based on the position of each domain, we have attributed a percentage of the total click share, with the top-ranked site receiving the bulk of the traffic. This graph demonstrates that the battle for overall share of voice is fiercely contested, with Thompsons Law narrowly ahead of First4Lawyers and Slater & Gordon.

However, when we start to group all of the domains owned by single parties (for instance, one firm owning multiple brands), we see a very different picture. This graph demonstrates that there is a clear advantage for Slater & Gordon, which has catapulted itself to the number one position – a direct response to the acquisition of Pannone, thanks to some strong rankings for high-volume terms. For example:

Of course, this data doesn’t take into account that many users, when looking for a lawyer, will not simply search for a generic term. Many will instead search for a brand that they may already be familiar with.

With this in mind, we see that Irwin Mitchell dominates brand search volumes. But again, the effect of Slater & Gordon’s recent acquisitions is shown when we look at brand volume by ownership, with the firm overtaking Irwin Mitchell. So does this now establish Slater & Gordon as the major player? Well, it is important to note that there are a number of search terms where they are not performing as strongly. For example, none of their brands appear in the top ten positions for the term “accident at work” – a highly lucrative volume term.

The firm will also be left with something of a conundrum as to whether they amalgamate these brands over time. In Google’s eyes, one and one do not necessarily make two.

See how Slater Gordon's aquisition of Pannone has affected the search market in our Online Personal Injury Intelligence Report.