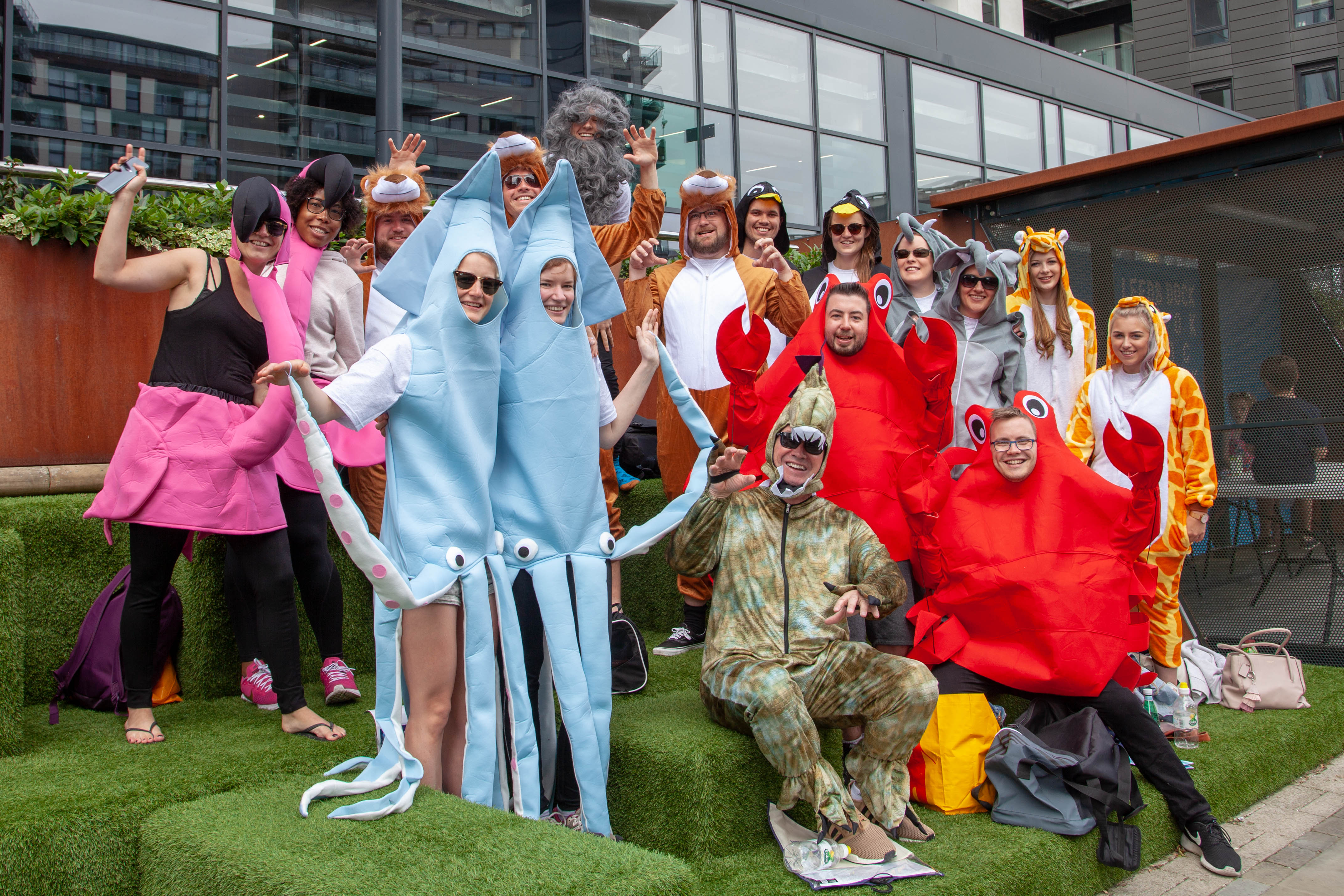 The 17-strong team secured a confident win in their opening heat, followed by a second-place finish in the second round, and, for the final race, second place again, but with a team best, slashing six seconds off their sprint time. 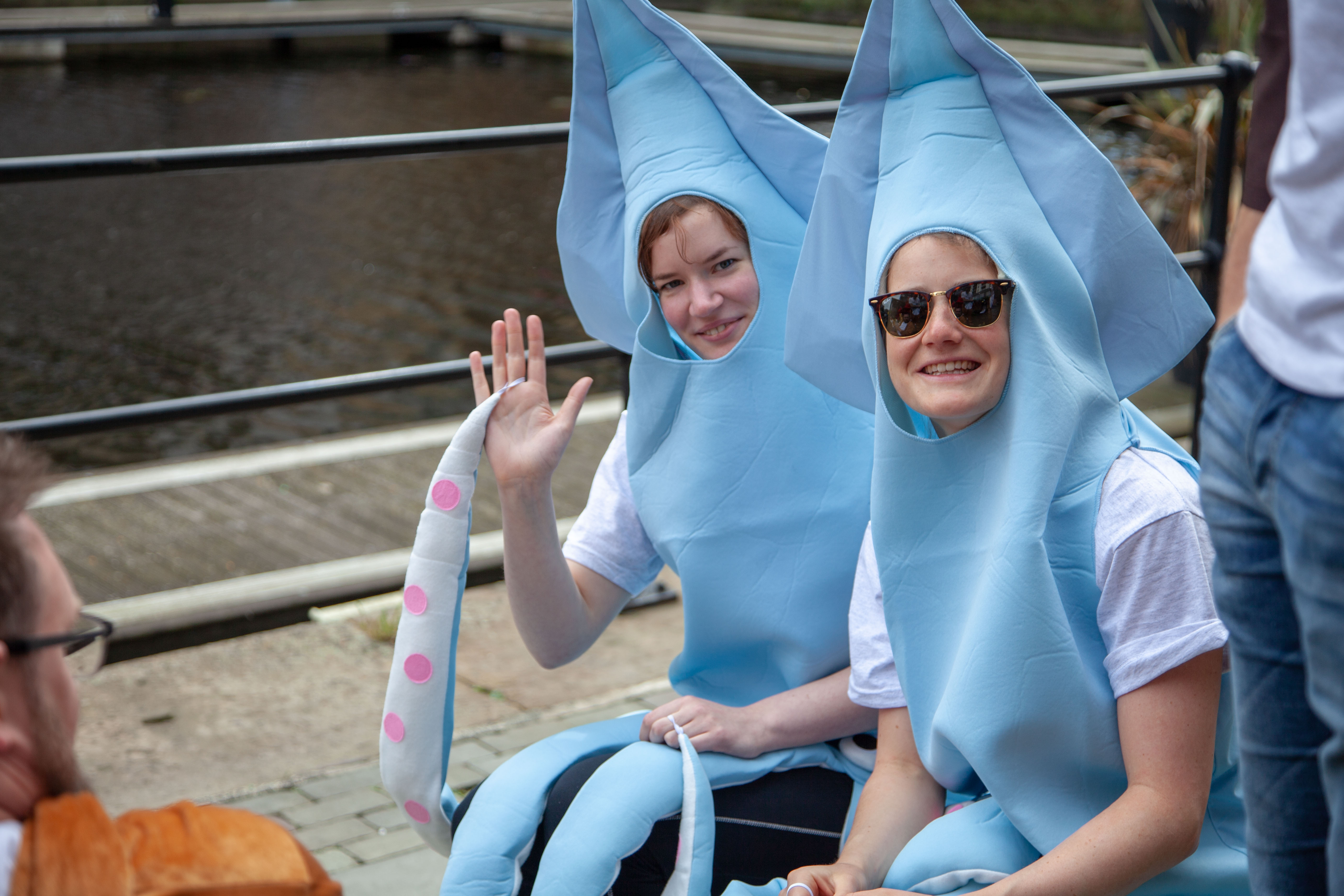 The crew was pulled together after a rigorous selection process, with each person having to be: free that weekend, and willing to wear a costume. Each applicant passed with flying colours, and (taking a leaf out of Gareth Southgate’s book) the final line-up was announced at least two days in advance.

Given the team’s (assumed) collective athletic prowess, and to avoid making the competition too easy, the decision was made to dress up for the occasion. Enter, Noah’s Plan B. 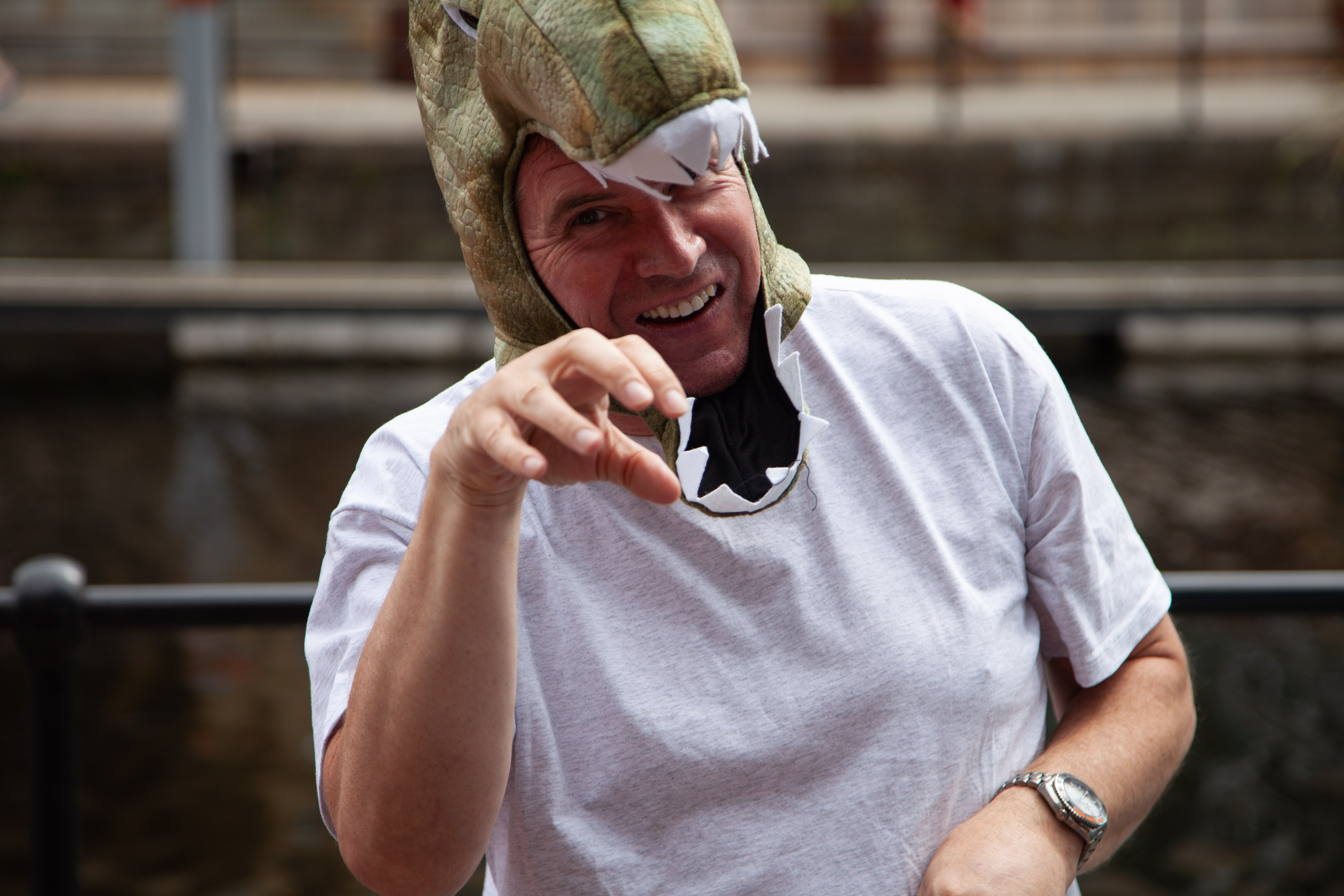 The boat comprised: one Noah, two penguins, two squid, two flamingos, two giraffes, two elephants, two crabs, three lions and, of course, a dinosaur (it’s a little-known fact that the dinosaurs died out not because of the effects of an asteroid, but because one of them arrived too late for boarding Noah’s ark).

After a couple or so hours of preparing for the race/scoffing street food, Noah’s Plan B were called up. The athletes – drawn from all areas of the business – were confident, especially when, during the safety briefing, it transpired that at least three members had done this before.

Rowing to the starting line gave the team time to settle into their harmonious rhythm, except one member. “Lobster on the right,” shouted the skipper, “look at me! You’re holding the paddle wrong!” Admonished, the lobster – upgraded from a crab – dutifully followed suit. 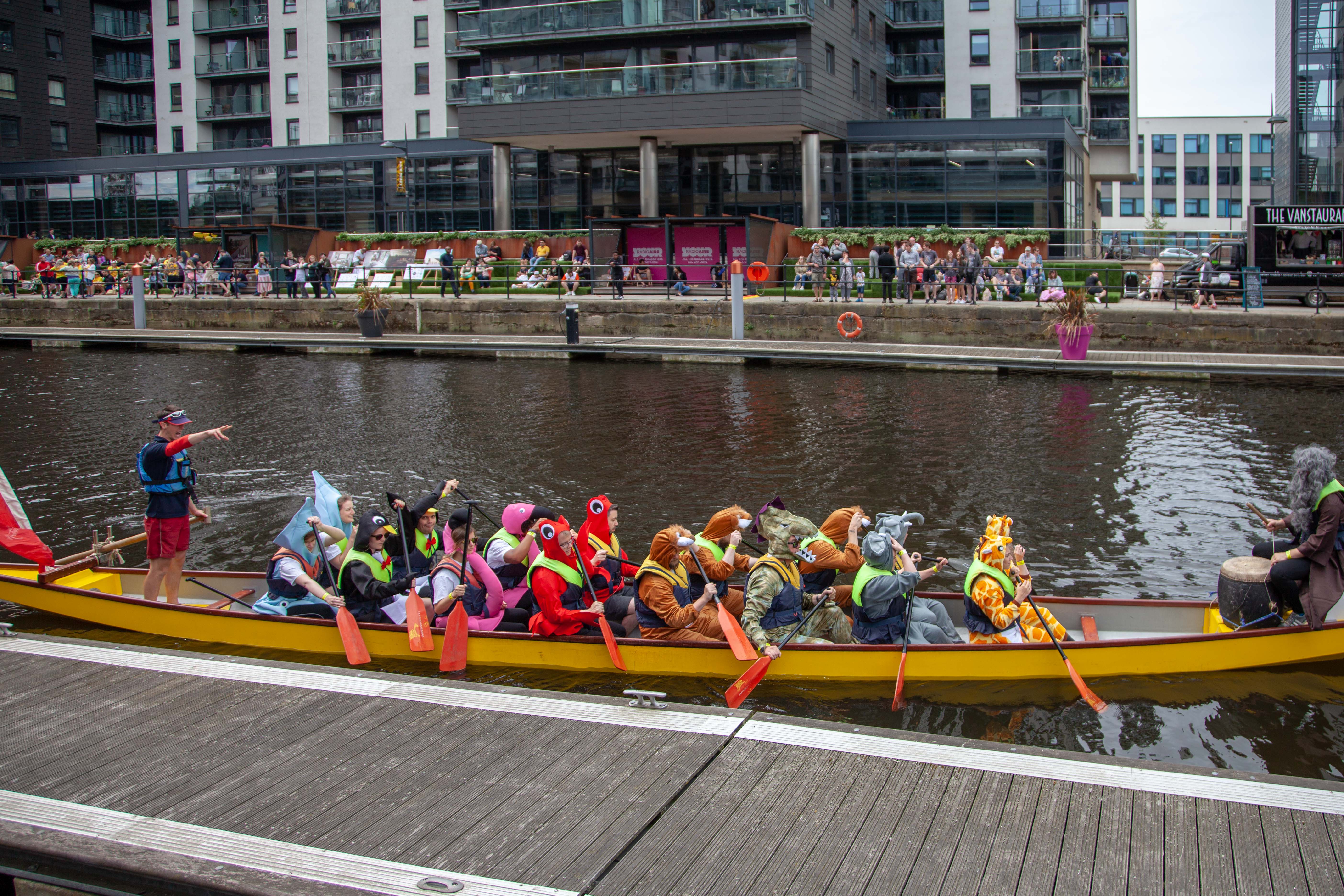 With the weight of Stickyeyes’ reputation – and indeed Noah’s backup plan for the future of the animal kingdom – on their shoulders, the team fell into near-perfect synchrony. The chequered flag went by in a blur, and Noah’s Plan B posted its benchmark time of just over a minute, at 01:05.02.

Satisfied with their storming first round, the team took on carbs in the form of burgers, burritos and things covered in cheese, washed down with beer, cider and Pimms. But Noah’s Plan B’s second race wasn’t quite as successful, finishing second out of three. 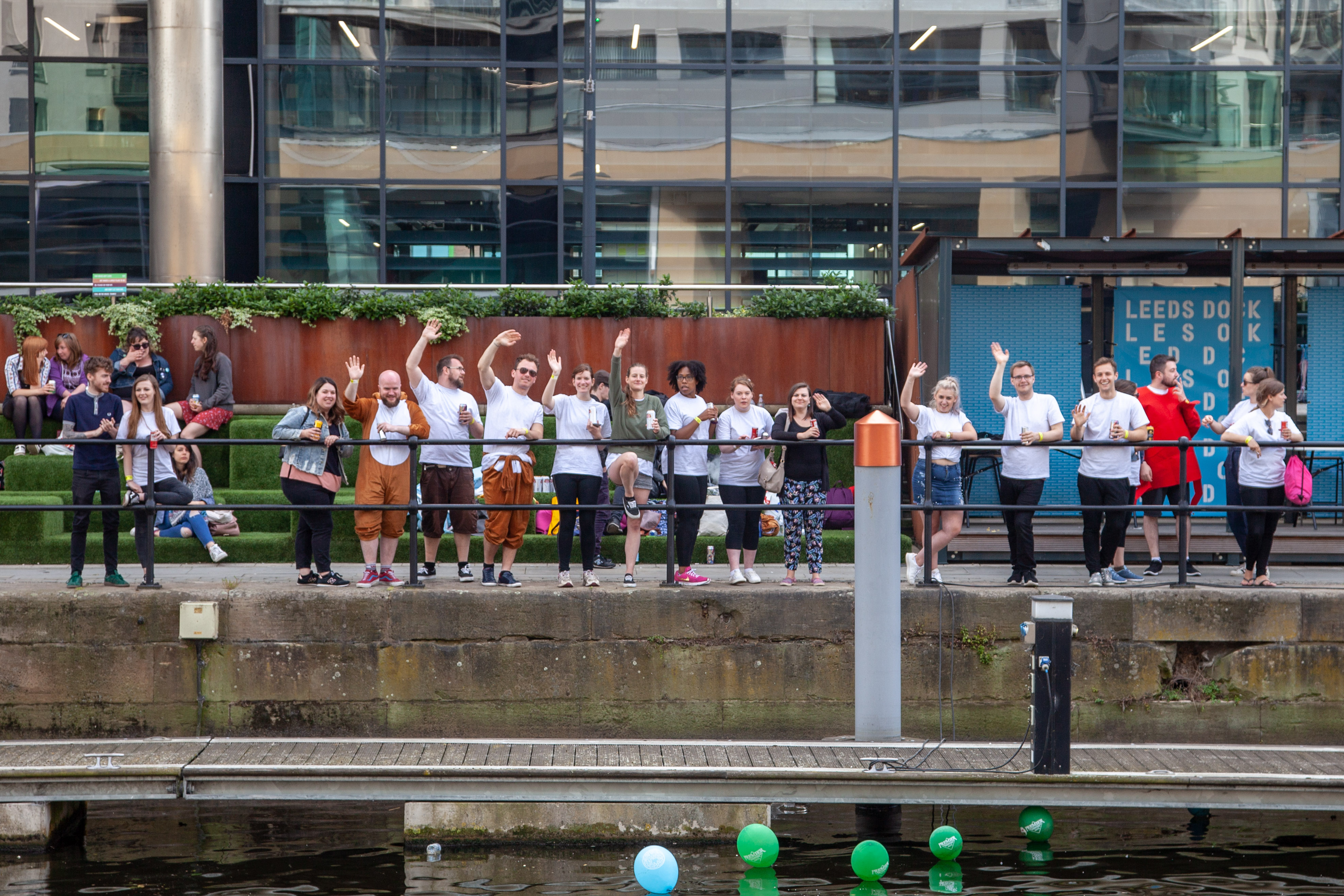 Like a baby rhino, the power was there, but the coordination wasn’t. Did the lobster on the right make any mistakes? Who knows. But probably, yes. And yet despite the loss of coordination, the team recorded a near-identical time: 01:05.10.

The disappointment that coursed through the camp was soon replaced by more beer, cider and Pimms. Noah’s Plan B had a new – and slightly blurry – focus and ambition.

The team boarded the boat for the final time, and briefed the skipper: “Don’t stop shouting at us – we’re relying on you.” And he didn’t stop shouting, even on the way to the start line.

“One … two … lean forward”, he barked. “One … lobster on the right!” That lobster, again. “Hip against the side,” shouted the skipper, before adding: “Be stronger!” 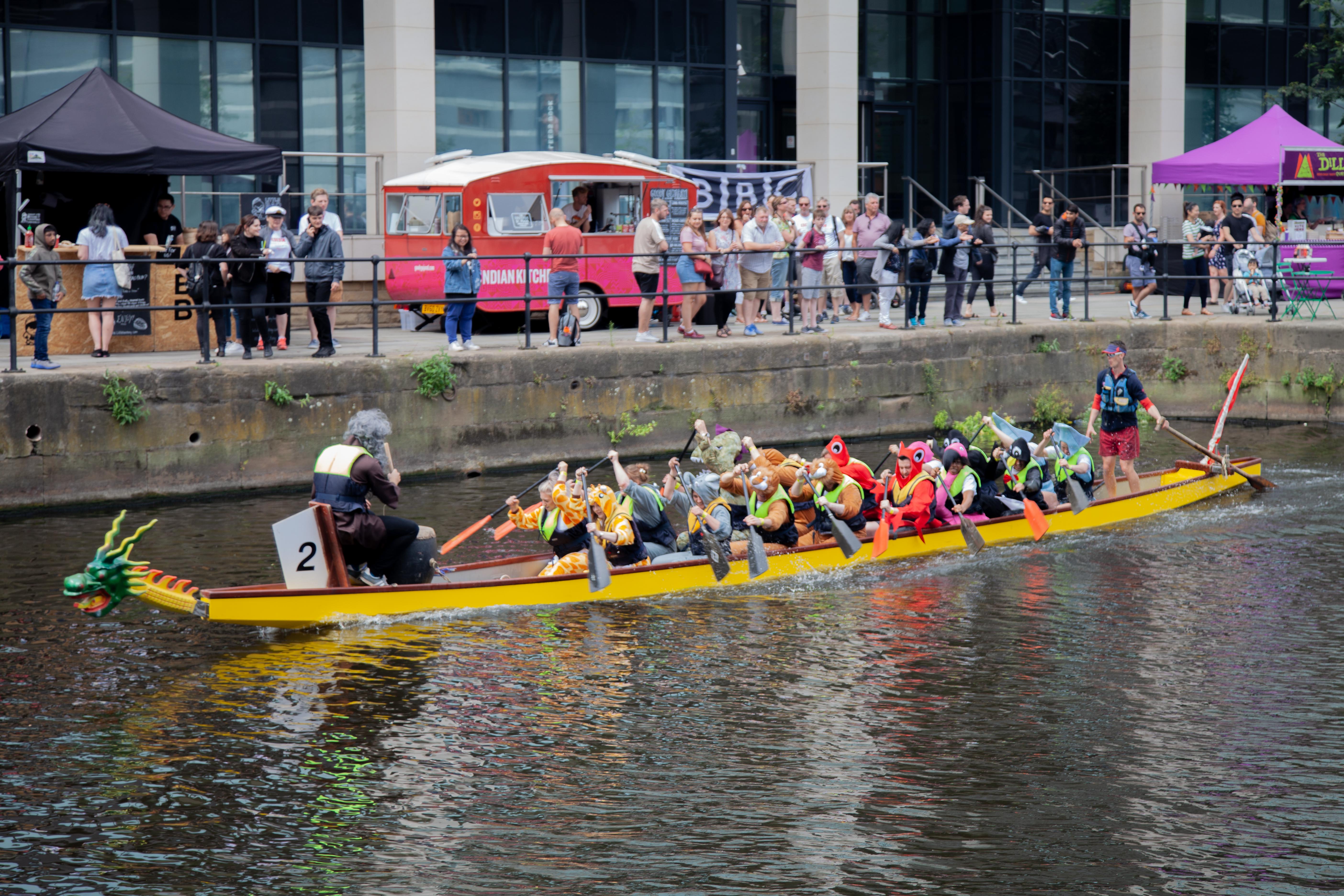 And with the bellowing of: “Attention … go”, the race began, and the lobster on the right was stronger, and the skipper shouted his ones and twos, and the team leaned forward, and the paddles sliced into the water in unison to surge the ark forward, leaving one boat behind, closing in on the one in front.

Noah’s Plan B finished second – but this was their finest race yet. A sub-minute time of 59.86 seconds – the top three of heat three (out of the 12 who had raced). This was the purest display of rowing prowess and telepathic teamwork Great Britain had seen since Sir Steven Redgrave and co took gold in the 2000 Sydney Olympics.

The team plans to spend the next year sticking to their training regimen – provided it can be claimed back on expenses – ready to attack next year’s race with more leaning, more power, and, hopefully, an improved lobster on the right. 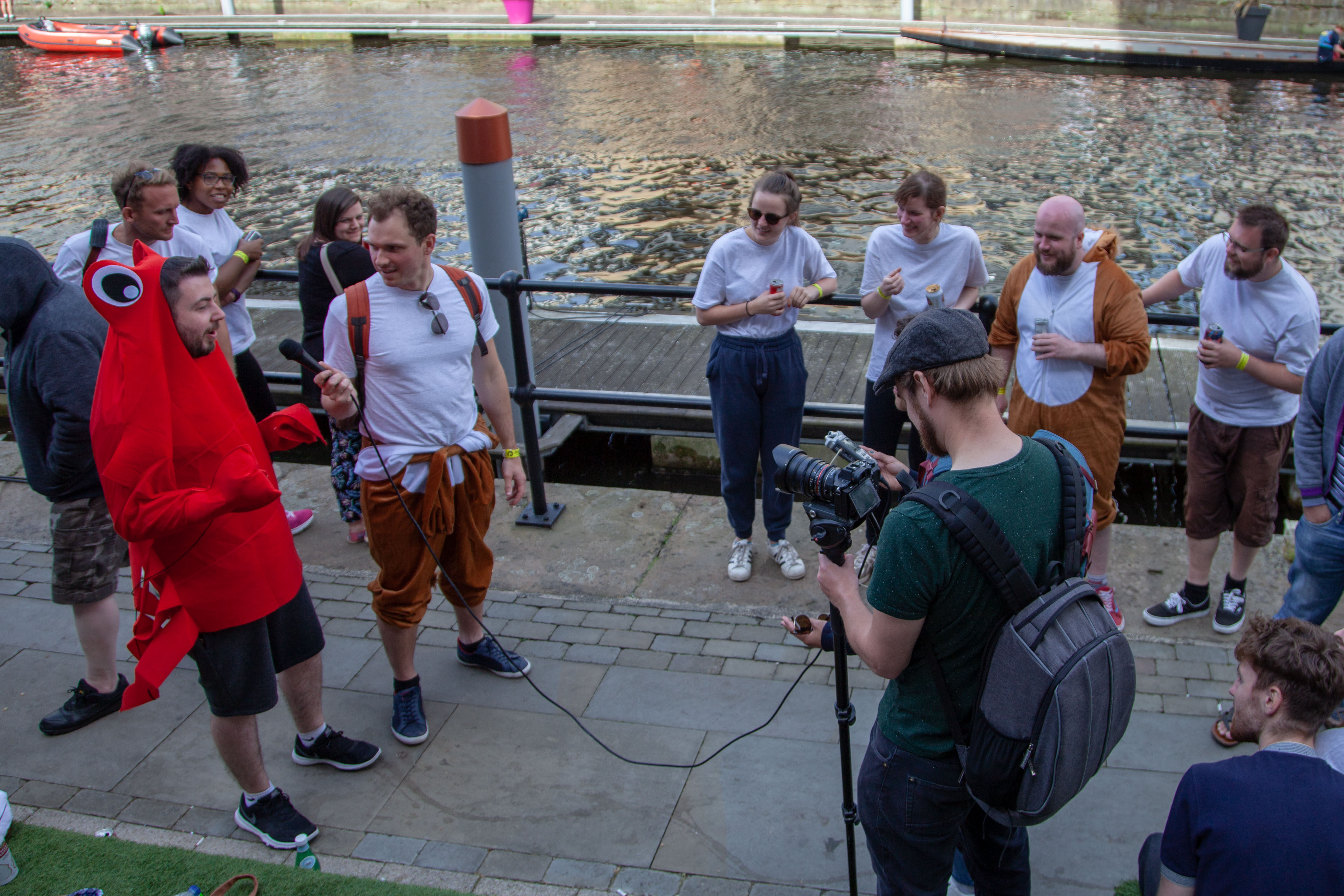