We partnered with the NFL to see if we could predict the outcome of the 2020 NFL Draft, using the power of social media.

The Social Draft, developed by Stickyeyes in partnership with the NFL Gamepass streaming service, uses data from Twitter to highlight which players are the hot prospects at this year’s draft and, crucially, which teams they are likely to start their careers with in the 2020 season.

The concept was designed and launched in time for the NFL Draft on Thursday 23 April, with Stickyeyes’ Design, Development and PR teams all working remotely to hit the important deadline.

Using Twitter mentions for both the players and teams from some of the NFL’s most respected news sources and social media influencers, The Social Draft builds a picture of the likely destinations for the top prospects and how much of a social buzz they are creating – potentially giving an indication of whether those players could be selected earlier than predicted. 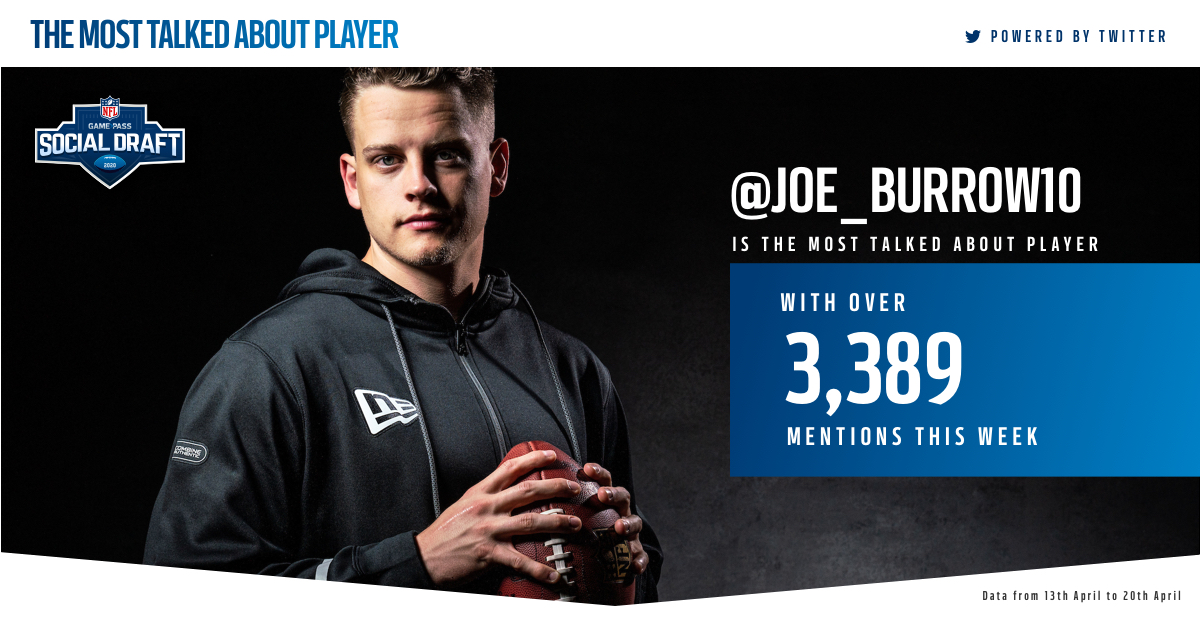 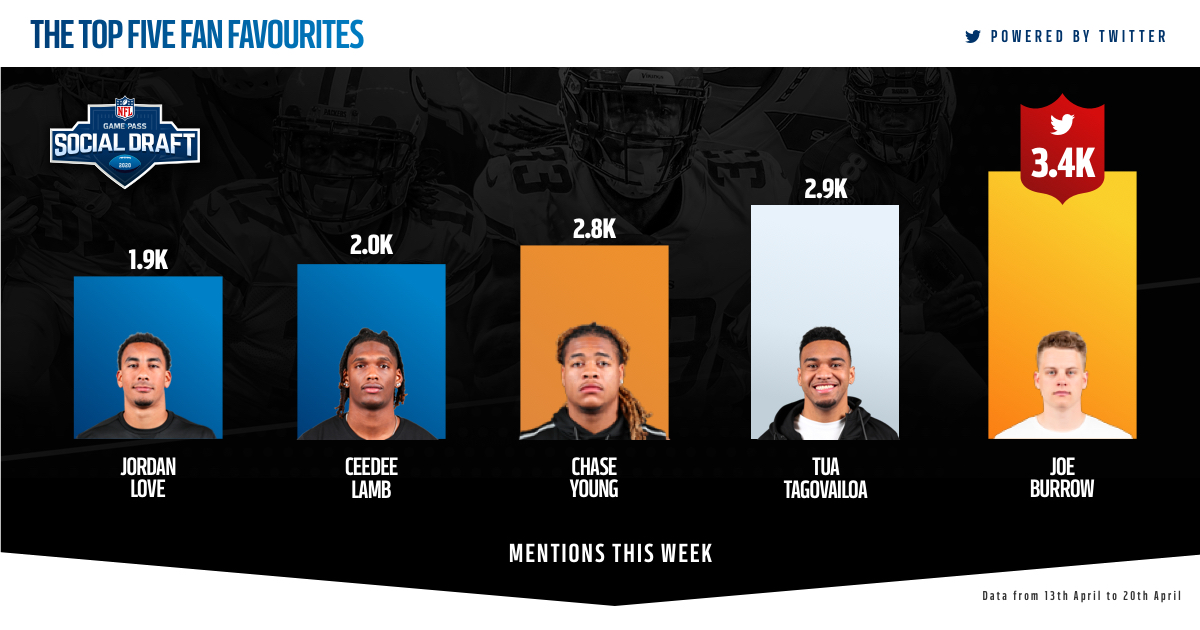 The NFL Draft is where the careers of America’s hottest footballing prospects begin, with each of the 32 NFL teams taking turn to select from the very best college graduates. As always, there is huge anticipation over who will be the number one pick, with the Cincinnati Bengal’s having the honour of making that selection in 2020.

According to The Social Draft, LSU Quarterback Joe Burrow will be the one heading to the Bengals for 2020, but there is also huge discussion around some of the other top prospects. The Social Draft predicts that Alabama’s Tua Tagovailoa has a 77% chance of starting his professional career with the Miami Dolphins whilst the team with the second pick, Washington Redskins, look likely to select Ohio State’s Defensive End, Chase Young.

The NFL Draft starts on Thursday 23 April and you can see the outcome according to The Social Draft at https://www.nflgamepass.com/en/social-draft/.