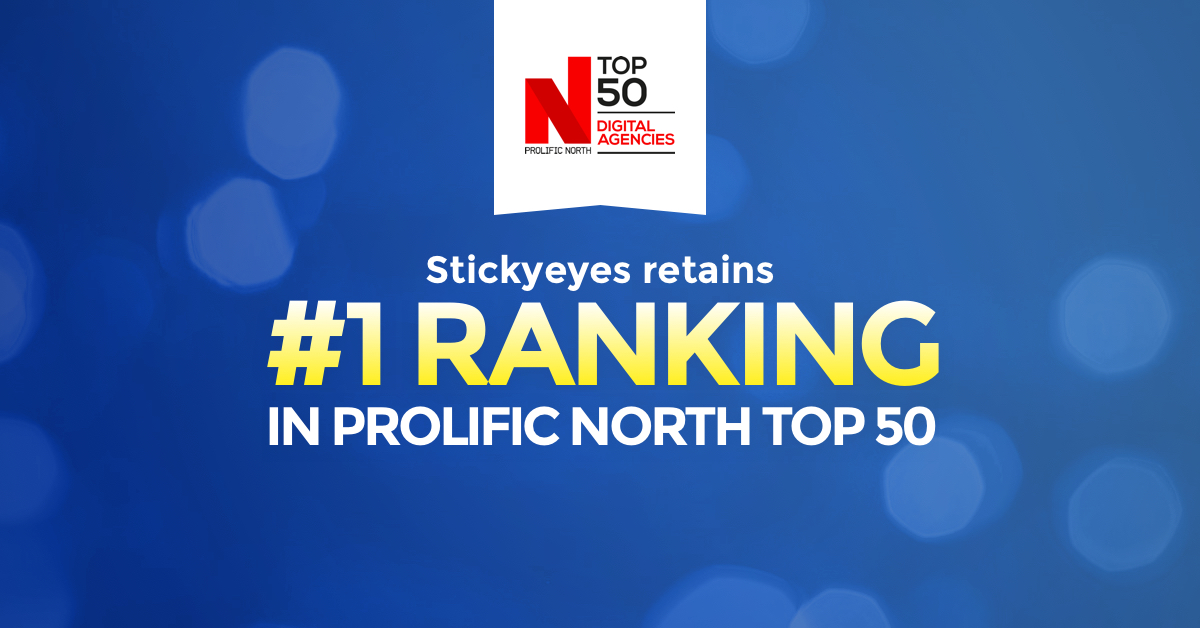 Prolific North once again ranked Stickyeyes as the number one digital agency headquartered in the north of England, following another year of growth and success.

The ranking, compiled by Prolific North and Mustard Research, celebrates the strength of the digital industry in the north of England by analysing both financial performance and growth of the regions digital agencies.

This is the fifth consecutive year that Stickyeyes has taken the number one ranking, having been first taken the top spot in 2016. Stickyeyes first appeared in the Prolific North Top 50 report in 2015, when we were ranked third.

Another incredible year for Stickyeyes

The 2020 ranking comes following another exciting year for Stickyeyes. Our team across the group has expanded once again to more than 200, whilst we’ve been able to welcome several leading brands to join and expand their partnerships with the agency, including Etihad Airways, Groupon, Hertz, LG, Hunter and Arla.

The last twelve months has also seen Stickyeyes win ‘best agency’ awards at both the UK Search Awards and Drum Search Awards, as well as awards for our work with LG and Hertz.

We have also expanded our successful ‘Stick Together’ policy, which has gone on to play a huge part in our growth by introducing new policies on issues such as supporting parents in the workplace, encouraging women to pursue careers in digital and on supporting conversations around mental health and wellbeing.

Leeds and Yorkshire once again proves itself as a digital hub

The Prolific North survey once again highlighted the strength of the digital sector in Yorkshire and the Leeds City Region. Eight of the top ten agencies hail from the Yorkshire and Humber region, with six of those headquartered within the city.

“It is fantastic news to hear that we are once again ranked as the leading digital agency in the region by Prolific North.

“We have a growing and dedicated team that works extremely hard to keep delivering for our clients, developing our services and innovating on new tools, and they are all immensely proud of what the agency has achieved.

“Every year the competition gets more and more intense and it is great to see that the region’s digital community continues to go from strength to strength. Eight Yorkshire-headquartered agencies in the top ten really does demonstrate the level of talent in this part of the world.” 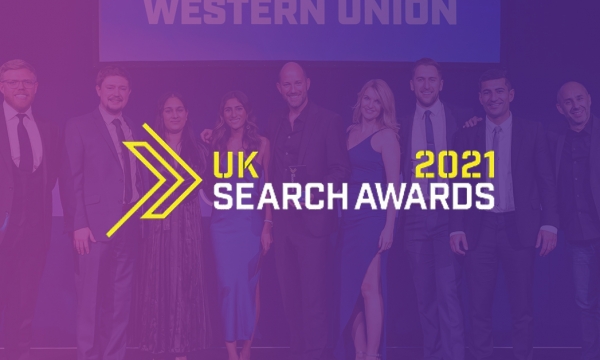 Huge night for Stickyeyes and Reprise at UK Search Awards