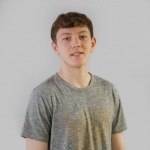 Huge thanks to Senior SEO Executive, Joe Potter, for keeping us up to date on the latest SEO news this year. He takes us towards Christmas with news from Google's John Mueller on BERT and exact match keywords, the YouTube algorithm and the announcement that Core Web Vitals are becoming ranking signals from May 2021.

Google’s John Mueller took part in a Google Office Hours Hangout and answered questions around BERT and exact match keywords,  the purpose of BERT and how that might affect keyword use in the long run.

One of the questions: “With BERT coming out, will the importance of the exact keyword, exact match keyword decrease?" John Mueller’s answer: “I think BERT has been working in various ways for quite some time.” “So, BERT is essentially a machine learning set up, I believe for understanding essentially the content a little bit better. So, the queries that people type in, understanding those better and understanding your pages content a bit better. And with all of these… machine learning approaches, we try to figure out what these pages are actually about, what the query is actually looking for and we try to match that a little bit better.”

John underlines what many in the SEO community have been seeing over the years with the regard to exact match keywords in content and affirms that Google is headed in the direction of less reliance on exact match keywords and highlights as an example exact match misspellings and singular/plural keyword variations.

Mueller explained: “From my point of view, all of these changes that have been happening over the years, they do lead in the direction that you don’t have to have the exact keywords on your pages anymore. And this is something that I think SEOs have seen kind of maybe subconsciously over the years as well, where they realize oh you don’t need to have singular and plural versions on your page. You don’t need to have all of the common misspellings on your page.  All of those things are less critical on your pages as long as you really match what the user is actually looking for.”

In the Google Office Hours Hangout, John Mueller answered a question as to whether the request indexing feature will return. It was supposed to return in a matter of weeks, but it’s rapidly approaching a month. The person who asked this question referenced a survey, that was asking why publishers needed the tool – a survey that was posted by John Mueller on Twitter.

John Mueller explained that the intent of the survey was to help Google understand how publishers were using the request indexing feature and to take those insights into consideration when choosing what to do next.  John’s answer hinted that Google wasn’t planning on taking away the too and he also said: “I think this is one of those features where the various teams at Google really kind of love the data that they’re collecting there and love to get these things into the index as quickly as possible.”

Google are using survey data and reviewing the cases for which the tool is used. If they can figure out the reasons why people use the tool then maybe Google can create a way to automate the process in order to eliminate the need for manual indexing.

Google has confirmed that Core Web Vitals are becoming ranking signals for search results in May 2021. This is in addition to the UX signals we already know will be a key factor in ranking in 2021 and combine with Google's existing search signals of mobile-friendliness, safe-browsing, HTTPS-security and intrusive interstitial guidelines.

New information about how various factors influence YouTube’s video recommendation algorithm has been revealed by members of the YouTube team. Currently, we know video recommendations are influenced by factors such as; clicks, watch time, likes/dislikes, comments, freshness and upload frequency. However, we do not know whether external traffic has any impact on video recommendations. We also don't know whether underperforming videos will affect the likelihood of future videos being recommended. That also goes for other potentially negative factors like inactive subscribers or too-frequent uploads.

A summary of the Q&A from the YouTube team regarding the recommendation algorithm is below:

Underperforming Videos
• YouTube doesn’t make assessments about a channel as a whole, based on the performance of a few videos.
• YouTube only cares about how people are responding to a given video when deciding whether to recommend it to others.
• The algorithm “follows the audience”.
• If a video is attracting an audience then it will show up in users’ recommendations regardless of how the channel’s previous videos performed.
• It’s normal for the performance of videos to fluctuate in terms of views and other metrics.

Too Many Uploads per Day
• There is no limit on how many videos can be recommended to a given viewer from a channel in a single day.
• Channels can upload as much as they want.
• YouTube’s recommendation system will continue to recommend videos as long as viewers continue to watch them.
• If a channel is uploading more videos than usual and each video gets progressively fewer views, that is a sign the audience is getting “burned out”.
• YouTube only allows 3 notifications per channel in a 24-hour period.

Welcome to the new GTmetrix – powered by Lighthouse

The new GTmetrix update will feature deeper metrics such as the new Google Core Web Vitals analytics thanks to the tool now being powered by Lighthouse.

This change has come about due to the Pagespeed/ YSlow libraries only working on the front-end structure of a webpage which didn’t give a full overview of performance and resulted in good page speed scores but weak fully loaded time results.

With Lighthouse as the foundation, a new algorithm for GTmetrix scoring has been created alongside new Performance and Structure scores. They have also redesigned the GTmetrix Report to accommodate the new Lighthouse data, adding new tabs, visualisations, and additional insights. New performance and structure results tabs also help to break down the Lighthouse information into changes that are important for page experience and will feature 15 new global locations to test websites from, opening up new markets to test websites.

More from Google On Passage Indexing vs Featured Snippet

With the Google passage indexing announcement and its upcoming rollout, SEO’s in the industry were wanting to know how this new feature worked and more importantly what the difference was between passage indexing and featured snippets.

Internally featured snippets are a completely different to passage indexing, with featured snippets Google finds a self-contained piece of information on a page which Google might pull on to a featured result as a form of instant answer to the user’s query. Passage indexing is not about answering a specific question or having self-contained bit of information. Martin from Google uses the example of “if there is a query on [calories in a cupcake] and if there is a page that had a long history of cupcakes around the world, and estimates the calories between A and B without a concise answer that you'd see in a featured snippet. So that history of cupcakes page has a lot going on in it but there is a part of that page that that is a potential blue links result that you might be interested in.”

What to evaluate ahead of Google’s Page Experience update

With the introduction of metrics such as First Input Delay and Cumulative Layout Shift, from the new Core Web Vitals – websites will be given a new ranking factor for SEO’s to optimise for.

As with all ranking factors achieving everything simultaneously will be too difficult and Search Engine Land suggests starting planning as soon as possible to give time to plan any trade-offs against the end of goal of a website and the business requirements. In the post, the example of setting dimensions of ads is given to improve cumulative layout shift, but they believe many companies will refuse to pay this because of the need for ad dollars. This will require the SEO’s to make an argument to offset the revenue that is gained from the ad.

Assessing the AMP alternative
Along with the update Google will also be opening up the top stories carousel to non-AMP pages, a positive step since AMP creates two versions of a site which means that one of the versions will likely receive less money in ads. These new updates mean that it is now possible to manually investing in optimising a website to achieve even better results than you would with AMP.

Get ready for visual indicators
Along with the previous features Google is also planning to introduce visual indicators in the SERPs rankings for webpages that have met all of the page experience criteria which is forecasted to have an impact on CTR.

Google appeared to have been doing some testing in which they had a sub-category tab in the SERPs. This could be useful for users to get a more specific result, but there is no mention of how Google is determining which links fit into which sub-category.

According to Mueller, there is a key difference between using many words and few, in an anchor text. Google don’t treat long or short anchor text any different for rankings, but using more words gives more context about the page being linked to, which can indirectly impact rankings.

Mueller says “The more context Google has about a page, the more effectively it can rank said page for relevant queries”. He also said “So, from that point of view, I wouldn’t see any of these as being better or worse. And it’s something where, especially for internal linking, you want to probably focus more on things like how can you make it clearer for your users that if they click on this like this is what they’ll find.”

This new chart shows crawl stats overtime and you can now also break it down into “grouped crawl data” with the following groups: Response, file type of fetched URL, purpose of crawl request and Googlebot agent.

The report also shows hosting issues, so you can find out why Google had issues accessing your site. These details last 90 days and for domain properties with multiple hosts you can check the host status for the top hosts presented in the summary view.

Our first SEO update of 2021 covers Google's new FAQ page, a reminder of the December 2020 update and, the return of the request indexing tool. 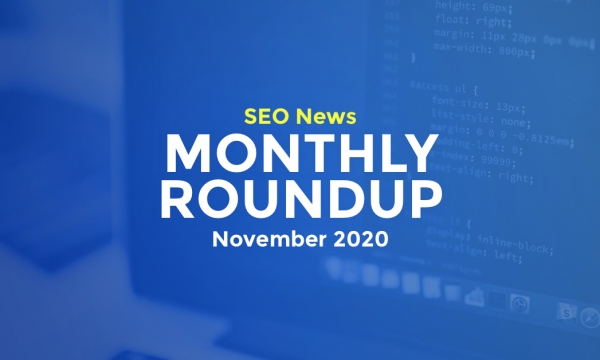 Google analytics gets new features, guidance on how to create great FAQ pages and news of a possible algorithm update in October. All the latest SEO news covered in our monthly SEO round-up.