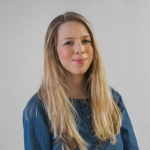 Facebook is taking on the world of television advertising, with Premium Video Ads making their debut in the UK.

But the service, which has attracted some major advertisers in the US, comes at a huge cost. Is it one that you should be considering?

Are premium video ads worth considering? Facebook has made it harder and harder to get a word in edgeways when it comes to visibility in news feed. Its updates to the Edgerank algorithm have significantly reduced exposure for brands to appear organically to those Facebook users who fan their pages. Put simply, this is because you’re unlikely to care about content from a brand as much as you care about your mate chucking ice over his head.

Many brands are getting around this change in algorithm by paying to promote posts and, whilst this can be very effective at increasing the reach of your message, the success of any paid content promotion lies heavily on just how engaging that content is.

Although video content has more “weight” in the eyes of Facebook and is therefore more likely to appear in your news feed than a status update, it’s still not particularly likely to be discovered by fans - and much less likely to be discovered by non-fans. Premium video allows you to focus not only on your existing fans, who are most likely customers, but also those you’d like to engage, customers you’d like to acquire too.

The ads are bought based on Targeted Gross Rating Points (GRP) to reach specific audiences within a very short timeframe. ComparetheMarket is the first UK brand to use the service and will see its ads served to 5.6m 25-54 year-olds in a 24 hour period, with native video targeting deployed for two weeks to anyone in the target demographic who hasn’t seen the video at least once.

So should we all grab our video cameras? Premium video ads are being sold as a very quick way to access a mass audience in a very short space of time, but there is a price associated with that.

Facebook knows the massive potential of the service and has priced it accordingly, which puts it outside the scope of only the biggest brands with the biggest budgets. The Wall Street Journal has reported a price tag of $2m per day to target Facebook’s 140 million U.S. users aged 18 to 54.

Only those that have the financial clout to create video content worthy of the ad spend, and then to dominate the news feed of a massive audience, will be able to take advantage of the service.

There’s also the small matter of how well received your product is likely to be on Facebook.

The first campaign to take advantage of the platform was a film trailer for the film Divergent. That’s perhaps no surprise, given that movie trailers are fairly safe ground for social media advertising. Cute meerkats probably fall into that category too. Campaigns for sofas and toiletries? Probably less so. Facebook has certainly given brands a hard time recently, but this isn’t another blow to branded content.

Facebook is pitching premium video ads as an alternative to television advertising, rather than an alternative to branded content per-se. It is a long way from achieving that goal; targeting, as it stands, is still relatively basic (you can target by age and gender, but not by interests) and the platform is undeniably more suitable for certain product groups than others, but that is the clear direction Facebook is heading.

It’s certainly not a reason to pack away the video camera or to give up on Facebook. The fundamental principles of social content haven’t changed, but it is another weapon in the armoury of those who are willing to pay to reach those vital audiences.