Customers: How businesses can take advantage of Pokémon Go to catch ‘em all 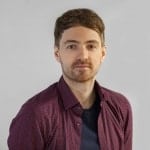 The world has recently gone mad for Pokémon Go, the augmented reality app that has now been downloaded hundreds of million times (and had more downloads than Tinder when it launched) and has, at time or writing, more active daily users than Twitter. The chances are, you probably know a player (if you’re not one yourself).

The game is relatively simple. Using augmented reality, players catch virtual Pokémon, train them in ‘gyms’ and then battle them. The technology behind the game is nothing particularly new – augmented reality has been on smartphones for a number of years, but the technology hasn’t really taken off with the general public until the launch of Pokémon Go. One of the key aspects of the game is the idea of Pokéstops and Pokémarts – locations within the game that players are drawn to. Some of these locations have caused something of a stir, particularly one in the Korean demilitarised zone, but most are built around key locations and businesses – and this is something that many brands are looking to capitalise on. Talk has already turned to initiatives to add revenue streams for the app, including sponsored locations, and many businesses are already looking to capitalise on the trend. So how can your brand ‘catch ‘em all’ when it comes to Pokémon-playing audiences?

Just go with it Whatever you might think of the concept, there is no denying that it has built up a fervent following of players. There have been several instances of businesses (and some individuals) that have become frustrated with Pokémon go players, plastering posters and signs in an attempt to turn these people away. While these businesses will want to keep paying customers as a priority, see the trend as an opportunity, rather than a problem.

Take advantage of your location, and lure the players

The game relies on augmented reality, which means that users need to visit key real-world locations in order to access certain features. At the time of writing, there is no way to add locations in the UK or US, but the feature that will allow people to request a location is quite likely to be added in the future, (the company say they’re working on ensuring there are enough servers to keep the game running). Japan has already started working with sponsored locations with McDonalds and further commercial arrangements are bound to follow.

McDonalds confirmed that it will be the first partner for #PokémonGO, highlighting the upcoming Japanese release. pic.twitter.com/SjXMcjFyB9 — Pokémon GO News (@PokemonGoNews) July 20, 2016

But it isn’t just big brands with budgets for big commercial deals that can take advantage of the trend. For example, a Pizza Bar in New York paid just $10 a day to set up a ‘lure’ (a way of attracting rare Pokémon to a location) and saw a 75% increase in footfall during that time. Enough of those players stayed to enjoy a pizza, resulting in a 30% increase in sales that weekend.

If Pokémon can act as a footfall generator, for relatively little cost, there is a clear application for any business that relies on some form of physical location.

Sometimes you don’t even need to do anything fancy. Even just letting people know that you’re Pokémon-friendly might encourage additional traffic.

#PokemonGo fans, our @SaltaireBrewTap is a gym! (who knew?) & situated nicely for a walk along the canal. No excuses not to stop for a #beer As other businesses have done, engaging with the app and seeing what is happening can have massive benefits. Finding ways of opening any form of dialogue with the users that are likely to come into the store, such as staying knowledgeable about the local gym leader, can be used to attract people in. Hosting Pokégym events and engaging with the Pokémon Go crowd is a great way to create that engagement with an audience that are always after their next catch. This can be further boosted with social media posts. As Pokémon Go users are predominantly millennials, they’re going to be sharing on social. Getting events out there via Facebook, sharing recent rare catches by customers, and making it easier for users to share can create a social experience and boost your potential audience. Zipcar has offered individuals in Boston free rides if customers engage with the company via Twitter within a specific time period. Their business model aligns very closely with a specific target audience, being tech savvy. Realising this, the connection between trying to reach out to potential customers through Pokémon Go was obvious.

Businesses have also offered any users who can prove they caught a rare Pokémon at their location further discounts, especially if they share the fact via social.

More businesses should do Pokémon events like @DenverZoo. #PokemonGO has the ability to build strong communities. pic.twitter.com/H3t10C64IH

Another random update until the babysitting week is over lol...miss all of your digital faces! #PokémonGO discounts pic.twitter.com/xyyhb5I4gc

Target those audiences through paid ads

For more direct action, Facebook Ads offer some great locational based targeting options. Facebook advertisements can target your business’s location, plus a certain additional radius. If you really want to take advantage of your Pokémart location, or a particular Pokémon Go themed event, you can target any individuals who are in the area. Once you get your additional footfall, that’s when you can start to look at converting your potential customers, and getting them engaged with your business.

Stonyfield has used this method to great effect, targeting over 10,000 Pokémarts and Gyms.

What next for augmented reality?

As we enter a new era of augmented reality, marketing will continue to evolve & new opportunities will arise. Be sure to embrace these opportunities from the outset. Stay in touch with developments, such as virtual reality, augmented reality and others to ensure connection with the next generation of consumers. With Apple planning to invest in augmented reality, and Tim Cook being quoted as saying that AR is going to be “Huge”, it shows that the big boys trust in the potential of the technology. That’s a good sign for the future of Augmented Reality.

Embrace the change, or expect your competitors to, leaving you behind in the dust.