Google hosted its annual advertising conference in San Jose, California on Tuesday and, amid the usual fanfare that we expect from the search giant, there were some notable announcements for the digital advertising industry to get their teeth into. Here’s what we learned, and what the potential impact could be.

Available to English language advertisers over next few months and globally next year. You plug in a bunch of headlines and descriptions & Google auto-optimizes and gives you more real estate. Addresses Google's push for more ads/ad group & automated testing #GoogleMarketingLive pic.twitter.com/EkSlm1sqq2

Machine learning was the big phrase throughout the keynote, and the unveiling of responsive ads was perhaps the biggest example of how this would work in the real world of the Google Ads ecosystem.

This is something that Google has been beta testing for a while, and the search engine has also been encouraging advertisers to ditch the traditional A/B test in favour of more diverse ad copy tests. The roll-out of RSAs is the next stage in that process.

Advertisers will be able to upload as many as 15 headlines and 4 description lines as part of a search ad. Google will take these and, using its machine learning algorithms, mix and match those headlines and descriptions to display the most relevant and contextual ad to the searcher. The more varied the inputs, the more opportunities the ad group has to enter auctions related to the keywords used in those inputs.

Cross-device reporting and retargeting is coming to Google Analytics

Applause in the room for this: first time advertisers wil get cross device reporting AND remarketing in Google Analytics. "Be able to take action based on comprehensive view of customers" -- Available now. #GoogleMarketingLive pic.twitter.com/5oAMuTJwV4

The one announcement that drew an audible cheer from the crowd gathered in San Jose was the introduction of cross-device reporting and retargeting in Google Analytics.

Advertisers will be able to seamlessly attribute consumer spending and activity across mobile and desktop devices, allowing them to better understand consumer behaviour and consumer value as they engage with the brand on multiple devices and platforms.

The feature also means they can build and deploy cross-device remarketing audiences to use in Google Ads.

Cross-device tracking has been available across Google Ad properties for some time, but the integration of this feature into Analytics (coming to English-language markets in the coming months) is certainly one that will grab the attention of the digital industry.

Read More: Make sure that you are measuring the right things and building an effective digital strategy with our 100 Day Plan:

Maximise Lift will automatically adjust bidding strategies to target users who are most likely to consider a brand after seeing a video ad. Maximize Lift will be available later this year. So for those users that have already engaged with the brand and may be considered to be further into the purchasing journey, your campaigns may automatically increase bidding to target those specific audiences.

Trueview for Action is also getting an update, with new calls to action being introduced in the coming months. Perhaps the most notable of these was ‘Form CTAs’, which will allow advertisers to embed lead generation forms into their TrueView ads – potentially a big feature for B2B advertisers.

“Near me” searches have seen huge growth in recent years, but the way in which users are actually using the “near me” feature is evolving. Instead of simply searching for a “pharmacy near me” or “petrol station near me”, Google’s Head of Ads Sridhar Ramaswamys highlighted that users are actually using the feature to find specific products – “hiking boots near me” or “masonry screws” near me for example.

The keynote lifted the curtain on a new campaign type called Local campaigns, designed to drive store visits. The feature will allow advertisers to set a budget and the ads will be generated automatically based on ad creative elements and location extensions. Again, machine learning then comes into play to automatically optimise delivery of the ad across search, YouTube, Maps and the Google Display network depending on the relevancy and the context of the ad to those consumers.

The application of that machine learning is similar to that used in the Smart Campaigns type introduced for small businesses earlier this year, but the goal with these campaigns is simply to drive store footfall. Local campaigns report on store visits using anonymised and aggregated data from signed-in Google users who have opted to turn location history on – individual data is not provided to advertisers.

Read More: How to use social media to connect with highly targeted audiences and drive commercial return:

Adwords becomes Ads, whilst Doubleclick is no more.

Ad technology + analytics. Watch the #GoogleMarketingLive keynote and learn the benefits of planning, buying, optimizing, and measuring campaigns all in one place → https://t.co/SAdK9zbYqZ pic.twitter.com/Drp6b5ThrB

Google opened the show with a couple of rebrands, although these weren’t themselves new announcements. Google AdWords will now go by the simpler name of Google Ads, whilst the DoubleClick name will disappear completely.

Instead, DoubleClick will now become part of the ‘Google Marketing Platform’, which combines it with Google’s 360 suite of tools.

A reminder on mobile page speed

Over half of all smartphone users would not make a purchase on a mobile site because it takes too long to load. Check out the #GoogleMarketingLive keynote to learn more now: https://t.co/iBLUJKM9XC pic.twitter.com/UqGWJycUuI

In the week that Google confirmed that the speed update has now been rolled out universally, there was a not-so-subtle reminder to advertisers to make sure that their mobile page speed was up to scratch.

The mobile page speed score tool is there, and the message from Google is a loud and clear “use it”. 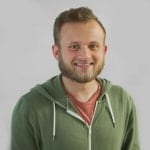 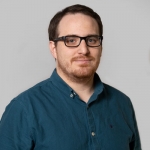