Four key talking points for you and your agency in 2020

With 2019 bringing new Google algorithm and policy updates, with consumer behaviour changing, regulators paying more attention to the AdTech industry and the battle for traffic and audience attention getting increasingly more competitive, we considered some of the key things that your agency should be telling you in 2020.

For some years now, the digital industry has become obsessed by data.

Of course, data and insights can be extremely useful. They can be used to shape incredible marketing strategies and to understand our customers on an incredibly detailed level. 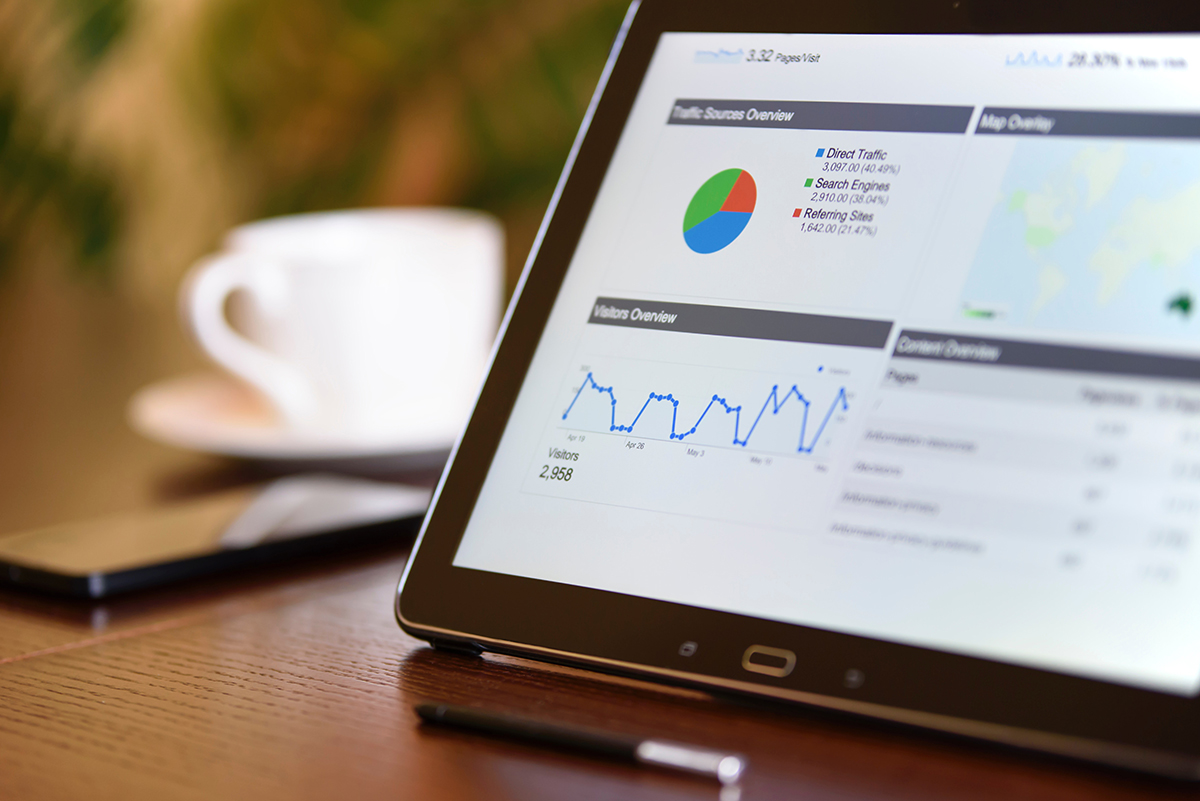 Sections of the digital advertising and marketing industry found itself in a position where “throwing more data at it” because the answer to any problem. If the ads weren’t hitting the right audiences, advertisers threw even more data at them to make sure that the targeting was even more focussed. If brands wanted to join up online and offline, beacons were plastered across shopping malls to pinpoint and bombard audiences that, however fleetingly, might have possibly glanced at the shop window display. Search histories and cookie behaviours were tracked to provide any possible inkling into a consumer’s intentions.

Unsurprisingly, consumers didn’t like it. PWC’s 2017 Consumer Intelligence Series: Protect.me Report found that just 10% of consumers felt that they had complete control over their personal data and just 25% trusted brands to use their sensitive personal data responsibly. We have also seen consistent growth in ad blocking in recent years (although estimates suggest that this has plateaued more recently), with just over 22% of adults in the UK using ad-blocking software according to research by the Interactive Advertising Bureau (IAB).

More recently, regulators have been even less approving. The ICO has already raised several concerns publicly about the way in which personal data is being used for, amongst other things, retargeting and remarketing. When we throw into the mixture the looming prospect of the ePrivacy Directive, it’s inevitable that marketers are going to have to rethink their relationship with data.

Proposition and creative needs to climb up the agenda

To paraphrase a commonly heard trope, “rubbish that arrives at the speed of light is still rubbish”.

There is an argument to be had that the obsession with data has, in many respects, been a contributory factor in the harming of the art of the message and creative thinking. There are undoubtedly many factors at play in this “design by committee, compromise with legal” culture that many marketers now find themselves in, but many marketers seem to have found comfort in the data as means to mask poor creativity, messaging and that lack of a clear unique selling point.

What has come out of many – not all, but many – marketing departments as a result is a tide of blandness. Highly targeted blandness, but blandness, nevertheless. 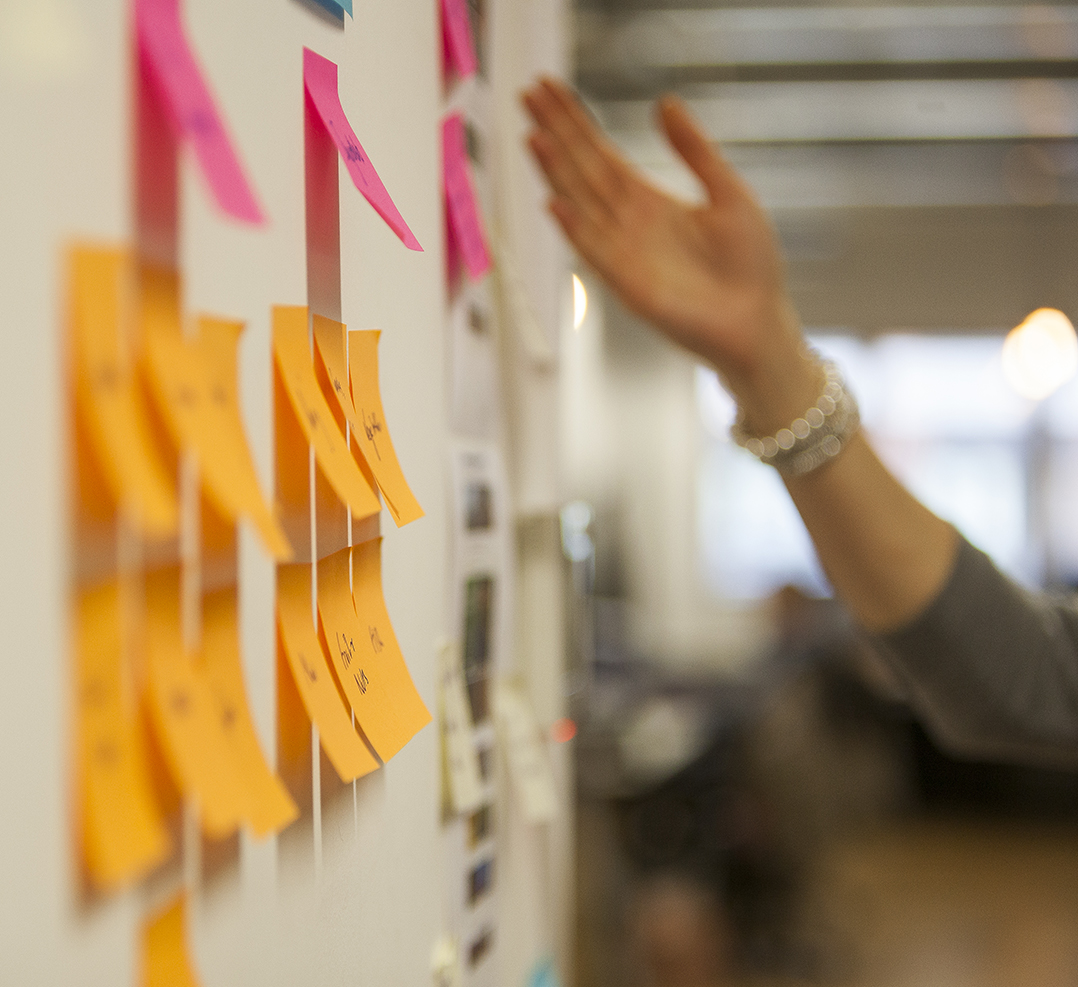 This is particularly prevalent where marketers are under pressure to turn around campaigns very quickly and cheaply, particularly around key ecommerce periods such as Black Friday. If you were to remove the branding from the ad copy of several different Black Friday retailers during that sales period, there is a good chance that you wouldn’t be able to tell which brand produced which ad campaign, such would be the similarities of the appearance, proposition and sales messaging. You’d simply have a smorgasbord of brands, all seemingly engaged in an arms race to deliver the biggest discount.

This is where much of the marketing industry has found itself, particularly when it comes to search and digital. Bland creative, designed by committee and built around by data, that doesn’t really stand out from a very large (and growing) crowd of people who are all trying to say broadly the same thing. So how do we overcome that?

What has come out of many – not all, but many – marketing departments as a result is a tide of blandness. Highly targeted blandness, but blandness, nevertheless.

Well, it starts by putting the focus back onto the audience and what they want from us. Instead of shoehorning what we want to say into a crudely personalised and aggressively targeted marketing communications, we should be spending more time considering what the audience actually wants from us.

Because what our audiences are ultimately looking for, particularly when it comes to search, is for an answer to the problem or need that they have, and for that answer to be accessible, understandable, relevant and trustworthy. The algorithm and policy updates from Google over the course of the last few years show us that this is what it wants the user search journey to be about.

But it requires brands to be prepared to stand out from the crowd and speak to audiences in a way that many brands aren’t, thinking much more carefully about the value exchange that they offer to their audiences and being prepared to challenge the blandness.

Coverage is important, but relevancy is what matters

Relevancy has always been an important topic of conversation in search marketing but in the context of some of Google’s more recent updates, it seems to have become an even more pertinent issue.

Achieving high quality referrals has always been a key aim for search marketers but what is perhaps one of the most overlooked aspects of search marketing strategy is the topical relevance of that referring content. 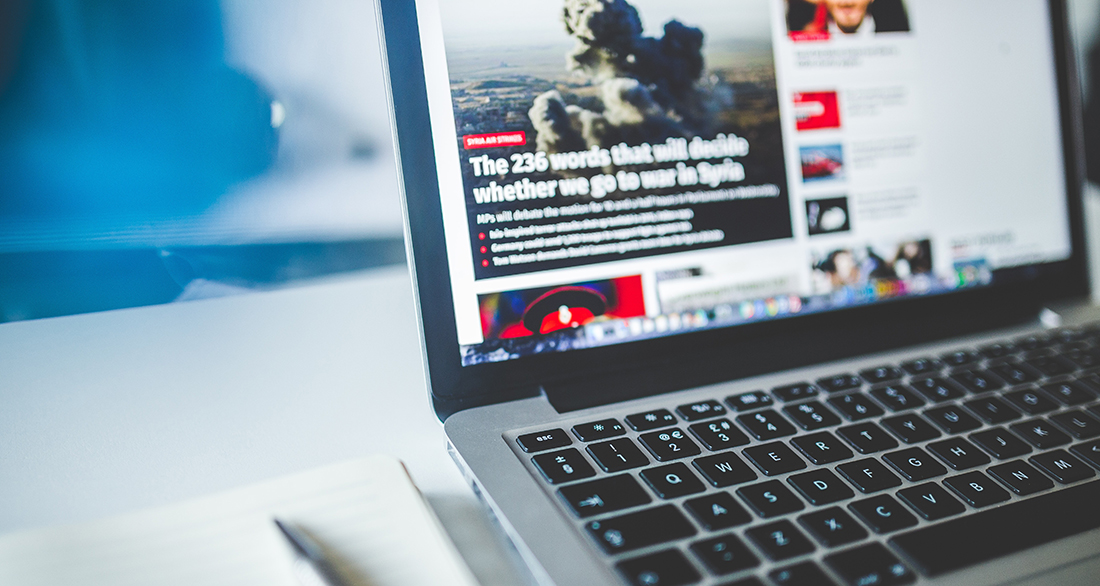 Referring content topics are essentially a means of evaluating the topics of pages which talk about your brand. In most cases, these will be the ones that link to your site but more recently and increasingly, it will include the ones that simply mention your brand name too.

This is important because if the referral content does not match the topic of your ranking keywords or product area, then why should Google treat you as a topical expert?

It becomes more than just getting a link at this stage, or even “getting good links” and instead, about getting the referrals on the sites that closely match what your brand is about and the audience you are trying to attract.

Search is increasingly moving away from keyword matching and towards more advanced content interpretation. This trend shows the way in which your search marketing strategy should be developing. If a brand is regularly mentioned in topics, discussions and by publications that are associated with premium and luxury contexts, Google is more likely to see that brand as relevant to the audiences that would be looking for products of that nature – even if keywords like “luxury” and “premium” weren’t prominent on the page or site.

It becomes more than just getting a link at this stage, or even “getting good links” and instead, about getting the referrals on the sites that closely match what your brand is about and the audience you are trying to attract.

The solution from a search marketing perspective, therefore, is to ensure that brands, their products and their content are very clearly associated with the search markets that they want to be visible in. The key to “optimising for relevancy”, therefore, is having that acute awareness of how relevant the brand, product and content is in particular contexts and conversations that are taking place all across the web.

It doesn’t pay to treat organic and paid search separately

These structures, whilst still common, bear little resemblance to the way in which consumers actually behave. 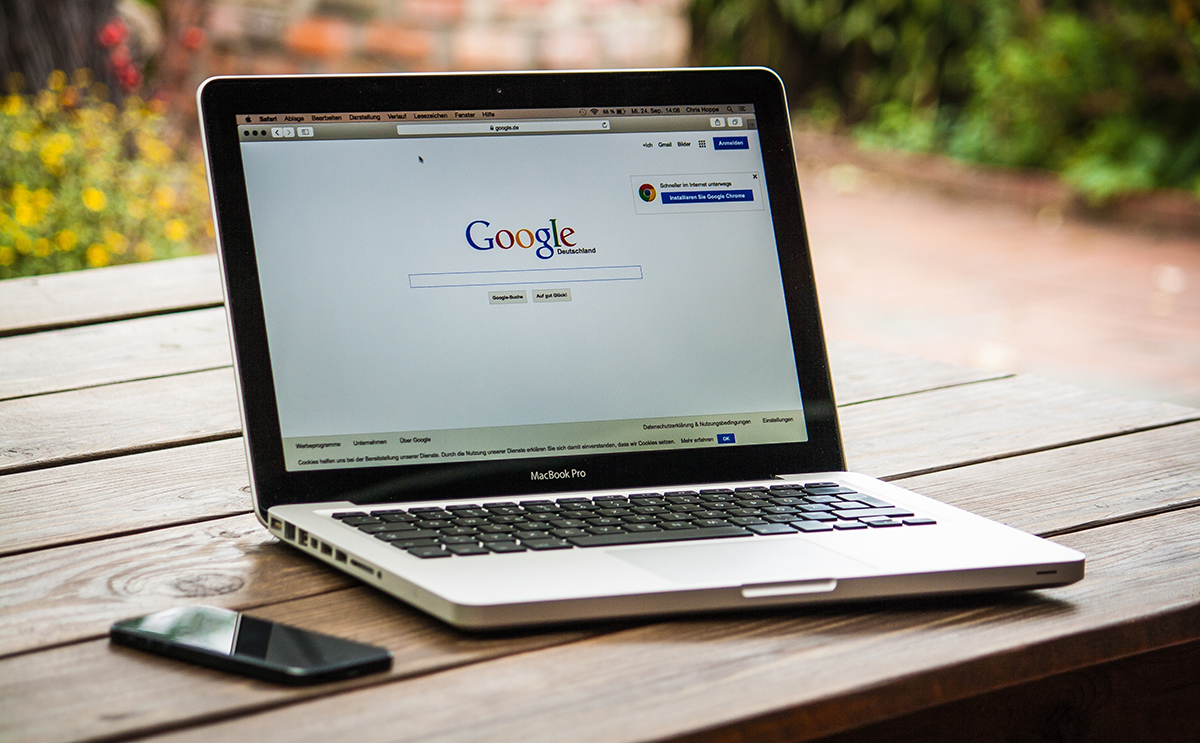 One of the more common reasons for this ‘silo’ thinking is the way in which brands approach their marketing investments, treating paid and organic search as separate channels.

But that approach does lead to inefficiency. We often see paid search activity cannibalising organic search activity, meaning that brands pay for traffic that they would have almost certainly gained freely from organic search. We also see brands paying for the wrong kinds of traffic – traffic with a much lower propensity to convert, or traffic with lower commercial value.

By adopting a much more holistic and collaborative model, brands and agencies can work to eliminate these points of excessive and needless ad spend, reinvesting that budget to drive additional growth in areas that have a much greater impact.

This isn’t about encouraging brands to invest less in paid search and more in organic, or visa-versa, but instead to encourage brands and agencies to think more holistically and to use the insight to make the right investments in the right channels. 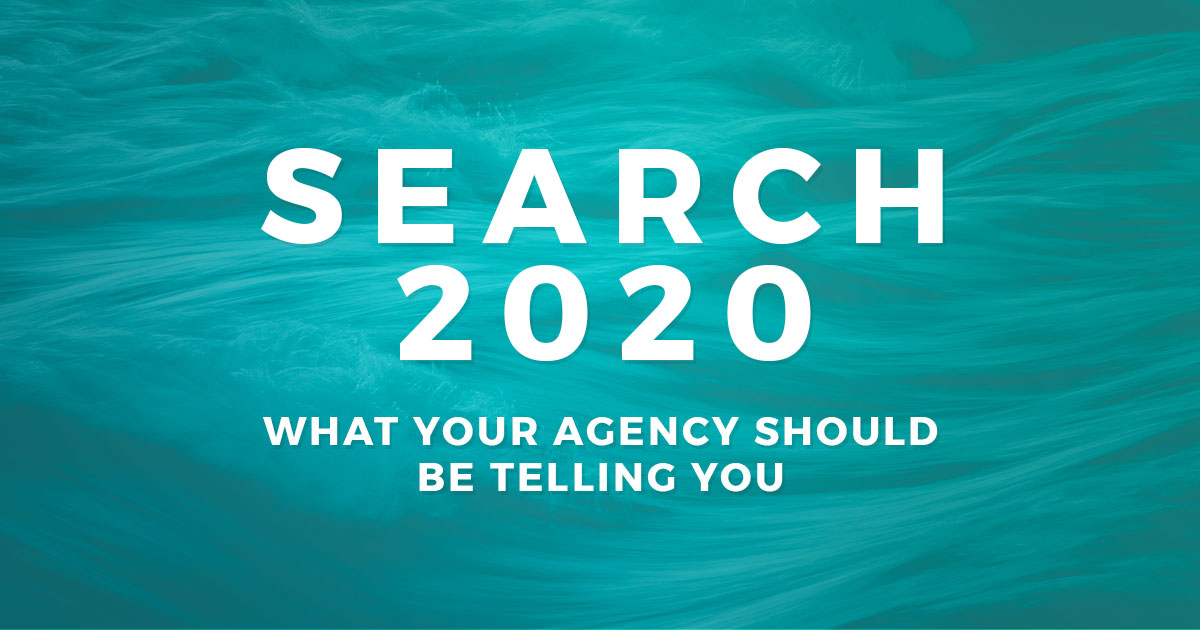 What is your digital agency telling you in 2020? The fifth edition of our search marketing guide takes you through the key trends, tactics and strategies for search success.