The early lessons from #Mobilegeddon April 21st was apparently the day that the mobile search results would go into meltdown – with Google’s ‘mobile friendly’ tag becoming the hottest property in search.

We’re now just a week on from the launch of Google’s update and thus far, there has been little to report. Certainly, for an update that was previously described as “bigger than Penguin or Panda”, we have yet to see any major casualties to date.

There are, however, some important lessons to learn already. We have crunched the numbers from before and after the update launch date and found that some major brands have lost some significant visibility – for some largely avoidable reasons.

The data referenced in this blog comes from Stickyeyes’ in-house dataset. This dataset takes into account the top 100 UK search results for 1,559 keywords, including high-volume keywords in the retail, travel, personal finance, gaming, pharmaceutical and legal sectors.

Increases or decreases in visibility have been based on known UK search volumes for each respective keyword, and ranking positions on two date points – 2 April 2015 (prior to the update) and 27 April 2015 (one week following the update’s release).

URL’s were examined to determine whether they were considered ‘mobile friendly’ prior to the update.

As expected, non-mobile friendly sites have been hit

We have identified a number of brands that appear to have lost mobile visibility since the roll-out of the mobile friendly update.

Directholidays.co.uk were one such brand which caught our attention, with a 2.9% decrease in mobile SEO visibility (Searchmetrics).

Looking at our data set, we can see some notable decreases in mobile search ranking for some very prominent keywords. The biggest fall in this sense is for the term ‘cheap holidays’, which has fallen from position seven to the second page, in position 12.

Another brand that caught our eye was Sky Vegas (although Sky Vegas has since earned a mobile friendly tag).

Sky Vegas has lost a quarter of its mobile visibility in the week since ‘Mobilegeddon’ was rolled out (Searchmetrics) and looking more closely at the Stickyeyes data, we can see that much of this appears to be attributable to slots related terms. For the term ‘slots’, Sky Vegas fell from position two to position 11, whilst for ‘online slots’, it fell from position two to position seven.

It is pages, not sites, that are dragging down brands

One stand-out finding from our list of ‘biggest losers’ was that many of the brands featured had what Google considered to be ‘mobile friendly’ websites, in that their root domain contained a mobile friendly page.

Looking deeper into this, we found that in many cases that it was not a brands homepage that was contributing to the fall in visibility, but individual landing pages that were to blame. This might not come as too much of a surprise, given that Google had stated that this would be a page-specific rather than a site-wide update, the impact on visibility is nevertheless somewhat notable.

The most common examples of this were found in mid and long-tail keyword searches, where brands had created landing pages specifically to capitalise on a particular keyword string. We found examples of this with a number of major brands that had ‘mobile friendly’ websites. The AA is another brand which has a fully optimised mobile website, earning the mobile friendly tag. However, it is losing visibility due to non-optimisation of pages for a number of key terms, particularly relating to insurance.

It is evident here that The AA has yet to create mobile optimised landing pages for many of its insurance products. The mobile homepage currently features a link for car insurance, which takes the user to a non-mobile landing page. This significantly harms the user experience and therefore it stands to reason that Google would penalise this page from a mobile perspective. The AA has lost position on a number of key insurance terms, with significant losses for ‘cheap car insurance’ and ‘house insurance’. None of the landing pages for these results are optimised for mobile devices. Again, we see that The AA’s loss of mobile visibility is largely attributable to pages that have not been optimised for mobile devices.

We see similar examples with Barclays who, despite having a mobile website on their root domain, are directing users to a series of non-mobile landing pages for a number of high volume terms. This is a poor usability practice that is repeated throughout the Barclays site, resulting a number of ranking drops for high volume terms. Like The AA, Barclays are creating a number of usability issues with this approach and it would appear that this is being reflected in the site’s mobile rankings. Whilst British Airways also has a clear, functional mobile site, it too loses visibility due to a series of poorly optimised pages, particularly around destination and holiday terms.

In the example of ‘dubai holidays’, britishairways.com has suffered a rankings fall from position three to position five. This puts it below two rival operators, Virgin Atlantic and Emirates. When we look at the landing page for this result, we can clearly see that it is not an intuitive landing page for a mobile user. In fact, we have seen losses for some significant holiday terms for BA, with no gains in the top 20 ‘[destination] holidays’ keywords by search volumes. In the case of ‘florida holidays’, BA has now fallen off the first page to 11th position. Similarly, destination related ‘flights to [city]’ landing pages are also not optimised for mobile, as in this example for the keyword term ‘flights to london’. Looking at prominent ‘flights’ keywords in this sector, we can see that British Airways has suffered a number of losses in mobile search results, with just two keywords (‘flights to dublin’ and ‘flights to barcelona’) gaining position.

Poor usability could potentially be a factor

Whilst Google had previously stated that ‘mobile friendliness’ was a “yes or no” issue, and that brands either earned the tag or they didn’t, we have found evidence that Google is looking at mobile usability beyond its criteria for issuing a mobile friendly tag.

Another brand that appears to have lost visibility is the furniture retailer DFS, although this is mainly attributed to small ranking drops on high-volume keyword terms. In the case of our analysis, a drop from first to second for the term ‘sofas’ (DFS was overtaken by Furniture Village).

Whilst such a drop could happen naturally, it seemed to coincide with the roll-out of the mobile update, so we investigated the site from a usability, site speed and technical perspective using PageSpeed Insights.

From a usability perspective, DFS recorded a score of 88/100. However, a red flag was raised over the site’s ‘viewport’ (the defined viewing area of the site), which specifies a fixed width. This could prevent it from rendering properly on all devices.

In contrast, the same test returned a score of 99/100 for Furniture Village, with no red flag warnings.

Whilst we can’t say with any certainty that this factor is the cause of DFS’s drop for a primary key term, it does raise a clear point for all brands to ensure that their site earns the highest usability scores possible. As mobile updates continue to roll out, it is inevitable that usability will become a bigger factor in mobile SERPs.

Some brands have implemented their mobile sites very badly

Another big loser from our dataset appears to be Next, which experiences a 38% drop in mobile SEO visibility (Searchmetrics). However, the reasons for this appear to be the result of a poor technical implementation of their mobile proposition.

In our analysis, we found that the site’s user agent switching was not particularly effective, with the site failing to respond correctly to a number of mobile devices (both Android and iOS). The second major problem we found was in the site’s transition to mobile. The retailer has both m.next.co.uk and www.next.co.uk/mobile to target mobile traffic. Next uses the /mobile domain to redirect to the m.next.co.uk subdomain. However, the latter still appears to be blocked from search engine crawlers. Essentially, Next is pushing its mobile traffic to a page that Google cannot read.

We are still in the early stages of the Google mobile friendly update, but there are already some major lessons to take away.

The importance of landing pages cannot be understated, based on what we have witnessed so far. Many of the brands that have suffered visibility drops in our analysis have been dragged down by a number of landing pages that have not been optimised for mobile devices. These are potentially high traffic terms (even on mobile devices) and in some cases, these pages are linked to directly from a mobile-friendly home page, so these issues need to be addressed both from a search and user experience perspective.

We have also seen, albeit anecdotal, evidence that whilst mobile friendliness is a “yes or no” issue, objective measures such as site usability and site speed may be playing a factor. As this update matures and becomes more sophisticated at determining the quality of a user experience, it is important that webmasters action these recommendations.

And in the case of mobile pages directing users to non-mobile landing pages, consider the experience that you are providing your users. It is likely that many brands neglected to optimise pages due to lower mobile search volumes, but this has a significant impact on your mobile experience.

Get your technical elements right

We have also seen brands struggle with the implementation of mobile, as evidenced by Next.co.uk. The lesson here is clear – ensure that your mobile proposition is correctly optimised, that device detection is correctly configured and that your primary customer facing mobile site can be indexed.

If you are concerned about your brand's mobile rankings or if you want to find out how your brand has been affected, get in touch to speak to one of our specialists. 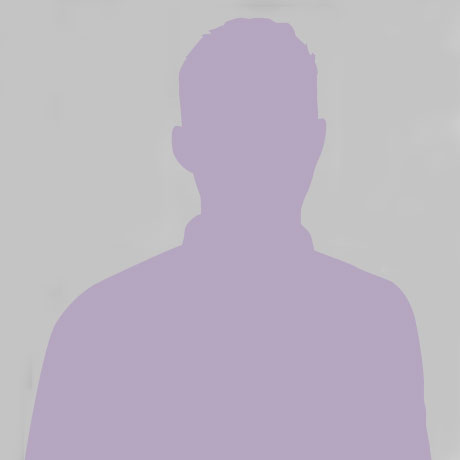 As the boardroom increasingly calls for greater efficiency, effectiveness and transparency from marketing, too many marketers are actively engaging in practices that defy those demands. It’s time for a model to change that. 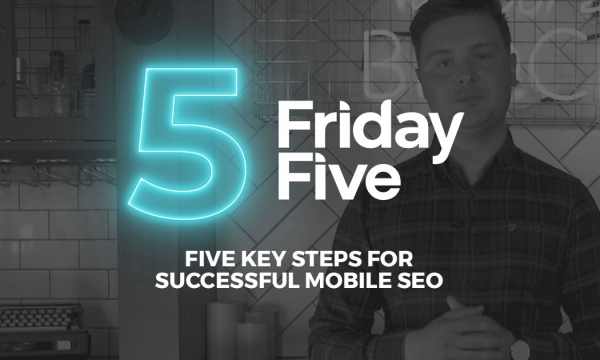 These five key steps can help to ensure that you aren’t losing out in the search results due to poor mobile experiences.