Home > Blog > News > Click And Collect collapses, and other stories you may have missed this week

Click And Collect collapses, and other stories you may have missed this week 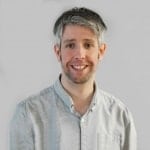 The pre-Christmas crash continues for major online retailers this week, as we present another rundown of the week’s top digital stories. The challenge for retailers to keep up with demand on Black Friday was well documented on social media, with many consumers frustrated by crashed websites and products out of stock, but it seems retailers’ woes continue.

Both M&S and Tesco have been forced to withdraw their next-day click and collect services, with the latter citing ‘unprecedented demand’ for the service and M&S forced to delay home deliveries by as long as two weeks.

With the big day itself now under two weeks away, ‘Manic Monday’ – the second Monday in December – saw £700m of orders placed on British retail websites; small wonder then that even the biggest brands are struggling to cope with demand. Facebook’s latest feature announcement aims to take some of the sheen from Google’s social mobility.

The new and improved Facebook search will soon allow users to jog back in time to an event photo, status or shared post quickly and easily – a solution for the majority of users who want more time in their timeline - and the exact functionality that people were most excited about with Google Plus.

Given the pride Google has taken in personalising search, Facebook’s incursion onto their turf could be the initial sign of increased competition – and with billions at stake from selling against your search results, it stands to hot up even further.

A Swift new entry in the media’s 'Most Powerful' list The MediaGuardian 100 was published this week, profiling the UK’s 100 most powerful media figures. Among the usual suspects at the top of the pops – Page, Zuckerberg and Cook – a new entry appeared in tenth place.

As the only female and youngest entrant in the top ten, many an eyebrow has been raised at 24-year old singer-songwriter Taylor Swift’s inclusion among the media elite. But her decision to remove her entire back catalogue from streaming service Spotify has re-ignited the debate over performers’ royalty rights and rates, and put Swift at the head of the industry-wide discussion.

In a Wall Street Journal article this summer Swift claimed she’s paid less than a cent per play on Spotify, and in pulling her material called on her fellow artists never to “undervalue their art”.

Study finds 10% of industry has no content marketing strategy That’s the statistic uncovered by the Content Marketing Institute in their recent research – one in ten marketers has no form of ongoing strategy.

While that leaves plenty of companies that are focused on how and where their energy and budget is being invested, only 36% of them have got a strategy down on paper – down from 42% a year ago.

‘Content Marketing in the UK: 2015 Budgets, Benchmarks and Trends’ also reveals a decrease in content marketing confidence, as only 42% of those surveyed consider themselves to be effective or very effective at content marketing, down six points from the same time last year.

Brits can consider themselves winners with social though – three quarters of UK marketers say Twitter’s been effective for them, while only half of Australians and Americans surveyed say the same. Among the most talked-about topics online in the UK were the football World Cup, the Scottish referendum and the Ice Bucket Challenge for charity.

This summer’s World Cup in Brazil was the most globally tweeted-on event of the year; most UK-based football tweetage occurred during the unthinkable 7-1 defeat of hosts and five-time champions Brazil by eventual winners Germany in the semi-final – a shade more unexpected than England’s failed campaign.

A certain different Scottish campaign was the face of Facebook over the autumn, while the UK’s most-watched YouTube clip is a rendition of ‘Let It Go’ from Disney’s cinematic runaway success of the year Frozen.

To ensure you keep up to date with all things digital, subscribe to our video news series, Digital Minute.