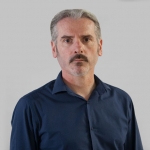 Social media hasn’t been a particularly easy medium for financial services brands. Regulation, public perception, risk-averse corporate cultures and a general lack of joined-up strategy has largely resulted in financial brands paying little attention to social media channels. However, the 2015 Stickyeyes Consumer Finance Intelligence Report has shown that there are signs that things are changing, with some brands really making an impact on social media.

Banking and social – a love-hate relationship

It’s fair to say that the relationship between financial services providers and social media has been something of a long distance one. With a handful of notable exceptions, there has previously been widespread reluctance from major banks and financial institutions to embrace social media in the way that brands in many other sectors have.

The growth of social media as a communications channel came at a time where consumer confidence towards major financial brands was still at an all-time low. As consumers were seeking more direct, immediate and conversational interactions with brands, the established financial brands found themselves hamstrung by the reputational challenges of the 2007 financial crisis, a number of high profile IT failures, PPI scandals and the pressures of regulatory reform.

It meant that many brands shied away from this highly volatile form of media, instead preferring to focus their efforts on more tried and tested methods of brand communication. However, our analysis has found signs that more and more brands are embracing social media in 2015.

Clarity from the FCA

Social media strategies in retail banking remain risk averse, with most brands taking a conservative approach to their content deployment and platform tactics. This could be put down, in part, to the regulatory factors that govern this sector. Whilst many of these regulatory issues and grey-areas have since been clarified, financial brands have largely maintained their conservative approach to social media.

In March 2015, the FCA issued clarification and guidance specifically relating to social media channels, resulting in what was described as “a sensible approach that allows the industry to innovate using new forms of media and, at the same time, ensuring customers get the right level of protection”.

The new guidelines introduce a number of key points. It mandates that any communication (be it a YouTube video, Facebook post or tweet) that includes an “inducement to engage in financial activity” should be marked as a promotion, and it makes the distinction between what is considered to be invitation messaging and what is considered to be an inducement, providing much needed clarity for brands.

The FCA regulations also clarified how it wants to see elements such as risk warnings presented and the way in which images can be used. It also clarified regulations on perhaps the biggest area of confusion in this market, retweeting and reposting. Brands are now asked to assess the content of a tweet to determine whether it is simply a message of satisfaction, or a product endorsement. If it is the latter, any retweet would be considered to be a promotion and the onus for compliance is on the brand.


But whilst the FCA update referred specifically to social media, the regulations and requirements are actually media neutral. There are no forms of activity that are specifically prohibited on social media and not elsewhere and the principles behind these regulations apply to all forms of financial marketing. Those brands that are running a bold, innovative campaign on any other form of media can run those same campaigns on social, as long as they develop a methodology and a process to deal with the limitations and the nuances of social media.

Getting to grips with the power of social

The Stickyeyes 2015 Consumer Finance Intelligence Report appraises the social media performance of the leading High Street banking brands, scoring each brand on a Volume Index and an Engagement Index. The Volume Index considers the quantity and volume of touch points with potential customers, and is used as a measure of both the size of a brand’s audience and the volume of discussion around that brand.

To ensure that our index does not unduly favour brands that have large audience or brand discussion volumes, our Engagement Index looks at how brands are interacting with their audiences and how engaged those audiences are. A brand that has a high volume of followers that aren’t engaging with its content would score poorly on this index.

NatWest leads our social engagement scorecard with 90.57 points out of a possible 100. However, leadership of our index is closely contested by Barclays, which is in second place with 86.86 points. Barclays actually leads our volume index, but NatWest outscores it significantly on the engagement index.

Brand mention volume is a key component of this volume. This measures the level of discussion beyond a brands owned social assets and, in that context, it is largely influenced by offline factors such as above-the-line marketing and PR. This allows brands such as NatWest (though sponsorship of Twenty20 cricket) to enhance their brand mention volume through more traditional marketing channels.

It is worth noting brand mention volume doesn’t take into account the sentiment behind this discussion, so a brand could score highly on this particular metric if there was, for example, a lot of negative discussion around a particular brand (perhaps related to a high profile customer service failure or a news media story).

Both Barclays and NatWest adopt a similar platform strategy. Content placed on Facebook is primarily used to articulate brand activation as well as partnership and community development. However, many of these brands take a much more diverse approach to Twitter by fusing brand and product activation with customer service or support channels. Good examples are NatWest (@NatWest_Help), Lloyds Bank (@AskLloydsBank) and Nationwide (@AskNationwide).

The desired impact is to present new customers with all aspects of a brand's personality, but particularly direct and open dialogue. Personalising a brand and creating an individual with whom consumers can have a one-to-one experience is key to maintaining goodwill amongst users who wish to interact. Many brands working on Twitter have found that a particular personality or sense of humour tends to garner a significantly more positive response from users.

We can see that NatWest scores highest on three of the five metrics in our engagement index; Facebook engagement, Twitter engagement and content dissemination. The brand is the second most effective brand on YouTube (behind Santander).

But what we see from the this analysis are signs of a “two tier” system developing when it comes to social media activity, with a small cluster of brands dominating the conversation, whilst other brands trail some distance behind. There is a notable jump between the leading two brands in our index, NatWest and Barclays, to the third highest scoring brands. A total of 17 points separates Barclays from the third-placed Lloyds Bank, on 69.14 points. Lloyds is followed by Nationwide (63.14) and HSBC (58.86).

Much of this is due to significantly lower volume of activity and followers compared to the bigger operators, although we do see that Yorkshire Bank and Clydesdale Bank (part of the same group) do perform well in generating brand conversation. This suggests that the content they are producing does resonate with their target audience and customer group – so much so that those audiences are prepared to engage with the brand. The challenge for these brands is now to scale up that activity.

Many brands still maintain a very risk-averse approach to social media, but there are ways to manage the risks of this form of media without stifling the creative process. Social media monitoring can provide early risk indicators to prevent a social media crisis from developing, or to mitigate the impact of one should it occur. Socially connected consumers can also provide community intelligence to deal with business threats such as fraud and phishing attacks.

There are clear signs that those brands that don’t fully embrace what social media can offer to the business are at risk of being left behind by those that do. We are already starting to see significant gaps form between the effectiveness of different brand strategies and, if competitor brands fail to respond to this, there is a very real danger that this gap could increase further, leaving just a handful of brands communicating with an engaged and potentially valuable audience.

Get your copy of the report 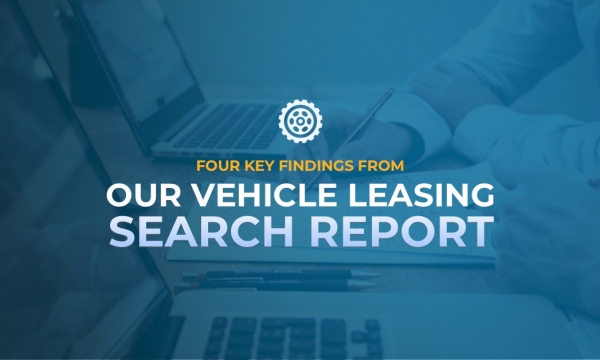 As interest in car leasing grows from consumers, one brand leads the way online. But there's much more behind the story of the search results than perhaps meets the eye. Here are the four key findings from our vehicle leasing search report.