🐧 Why you shouldn't panic over Google’s latest Penguin update 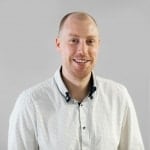 Ever since Google announced the change on the Webmaster Central Blog last week, a lot has been spoken about the newest iteration of Google’s Penguin algorithm. Some have dubbed it as “Penguin 4.0”, and the search was on for those brands that suffered ranking and visibility drops akin to those seen in previous Penguin updates.  But the message from Stickyeyes is simple; if your strategy was already Penguin compliant, don’t panic. Our view is that this algorithm update is not like previous iterations of Penguin and the lack of significant activity with this update is indicative of how future Google updates will influence the search markets.

Searching for that earthquake moment The update has been dubbed “Penguin 4.0” in some quarters, supporting the impression that this is a new variant of the algorithm. However, from what Google is saying and the data that we have seen, it’s hard to justify that notion.

It is important to consider that this update isn’t like previous algorithm updates. Google itself has not announced this update in a way that suggests that it is an “improved” algorithm which fundamentally changes to how it identifies links, nor that it is a one-off update to its entire index. On the face of what is reported in its statement last week, this should and appears to be more of the same but simply updated in real-time, not updated spontaneously at Google’s will.

With previous versions of Penguin, there were typically a number of high profile winners and losers, but so far these have been few and far between. The so-called “Mobilegeddon” update in April 2015 proved to be rather underwhelming and, so far, we’re seeing similarly unremarkable results from this latest update.

Penguin is not a new update and it has been with us since 2012. The most updated variant, which we still believe is at the core of Google’s link spam identification, has been in play since October 2014. In this timeframe organisations have had plenty of time to ensure that their websites follow the best practice that Penguin was designed to encourage. Google has previous form for these type of updates. Back in January 2016, Panda was introduced as part of the core algorithm, rather than being a stand-alone update, and the effects were similar.

With both Penguin and Panda now being perpetual (and future algorithm updates likely to follow the same pattern), we could have seen an end to the volatility spikes that we’re used to associating with “manual” algorithm updates.

Instead, we would interpret these integrations as an attempt by Google to normalise ranking volatility, essentially making much harder to tie drops to any specific update without doing the a full sweep of everything – from content and links, through to technical and mobile UX. We assume with the aim of driving site owners to care for the site as a whole rather than focus on specifics.

Based on some of the unknown volatility spikes over the past couple of months, it’s possible that Google has been running in the background for some time, but Google only went public last week.

Ultimately, as far as website owners are concerned, this should be seen as a benefit. The chances of being impacted by the new Penguin update are largely similar to before, (although those who were at risk might get hit sooner), however it should mean that websites will get reassessed more frequently. This means that any brands who are resolving their legacy link issues could start seeing positive movement much more quickly.