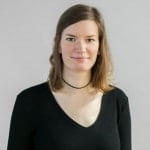 Do you really know your customers and your target audience inside out? If so – do you understand your audience in each country? Identifying who your content is targeting is the very first step you need to take before planning your content campaign - but it doesn’t end there. Your marketing activity needs to be approachable, personalised, culturally sensitive and original all at the same time. It’s therefore likely your tone of voice will change according to which platform and which language you use. Translating content is something that is often seen as an easy and quick task that any half-fluent speaker or translation programme can do. However, using native speakers offers major advantages for your content production. Not only do they have a better feeling for their language, but they also understand how to best approach their audience and “localise” a text rather than literally “translate” it:

Therefore, it makes sense to say goodbye to Google Translate and start thinking about how you can create great content for everyone in every language.

One size fits all, or does it? It might seem tempting to create great content in English before simply translating it into different languages, but there are many reasons why the easy way is not always the best option. While a blog post idea about the latest fashion trends might work brilliantly within one region, another market might not show the slightest interest, as the trend might already be over or have not yet arrived. Timing is crucial for your marketing success and you shouldn’t assume that every region has the same timescales.

Consulting local experts can help you find out more about the right timing. They can advise on topics that work and ones that should be avoided – after all researching a country’s interests is not quite the same as living there. Once you’ve gained an overview of what’s needed, you can start thinking about how you would like to represent your brand through your content. As a business, you want your brand to be unique, approachable and have “a face”. This task becomes even harder once you expand to other countries, as you need your brand to be recognisable across borders.

All about that context If you speak other languages, you might be familiar with questions such as “Can you quickly translate the phrase XYZ for me please?” without being given any further information. This question is often followed by a lot of counter questions. While this might be frustrating, there are good reasons why these questions need to be asked:

Don’t talk to me that way The formality of your writing is something that can fail easily. Using an inappropriate tone of voice might result in damaged relationships, lost opportunities or an alienated audience.. Here are a few points to consider:

Each territory will have certain unwritten rules on what to include and what not to include in external communications. In English for instance, you’d address a journalist by their first name and might end the email with an informal “Thank you”. In German, it would seem rude to call anyone you don’t know in person by their first name – even co-workers usually call each other by their last names using the formal “Sie” (you). It’s a similar situation in other European countries such as France and Italy, where the PR work tends to be more formal than in the UK.

The good, the bad and the ugly: Brands that got it right, and got it wrong Being culturally insensitive could have negative huge impact on how the public sees your brand and therefore needs extra care. Even worldwide-established companies such as Coca Cola or Pepsi, who generally do a brilliant job at localising their campaigns, lapse occasionally. The Coca-Cola “Share a Coke” campaign was hugely successful and launched in Australia. From there it started to spread around the US, UK, China and Europe. But they wouldn’t have been nearly as successful using the same English names on their bottles in China and Spain. Instead, they localised their cans to display the most commonly given names in each country, which proves their local expertise once more.

Coca-Cola quite famously failed to translate their brand name into Chinese correctly and instead ended up creating a name that read, “bite the wax tadpole”. The error was fixed shortly after and they created a new name that roughly translates as “happiness in the mouth”. In response to Coca Cola’s “Share a Coke” campaign, Pepsi developed their own emoji cans, no words needed. This seemed to be the easy way out of having to translate or localise text for their markets worldwide, but Pepsi knew better: They even created different, culturally appropriate emojis for their territories, which guaranteed success.

A mistake that several global brands have made in the past is choosing the wrong colour in the wrong region. Your colour associations might not be the same as the ones in other parts of the world Pepsi is a famous example for making the mistake of not doing their colour research properly: when changing the look of vending machines in Southeast Asia from a dark blue to a light blue, they created a big outcry, as this shade is commonly associated with death.

Having high quality content and a professional approach in your communications reflect the integrity of your business. Major language flaws, a lack of research and culturally insensitive campaigns can – and have shown to in the past – end in damaging your brand. Having a local expert team, doing your homework and keeping up with the local news is therefore essential.