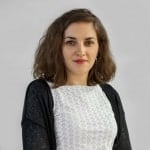 Hello and welcome to Digital Minute. This week, we’re looking at the hot topic issue of net neutrality.

Net neutrality is the concept that all internet data is treated equally, and that internet service providers mustn’t prioritise one form of traffic over another.

Essentially, somebody’s holiday snaps on Facebook are treated in exactly the same way as your web conference, or this very episode of Digital Minute.
But that is concept is currently under threat.

The FCC passed a so-called ‘net neutrality law’ in February 2015. That law regulated American ISPs as ‘essential utilities’, and forced them to uphold net neutrality.
But under Donald Trump, the FCC has a new chairman and that law looks like it could be repealed.
If it is, would allow ISPs to prioritise certain traffic and slow down others.

That has led to fears that they could slow down web content that competes with their own, or allow companies to pay to use so-called ‘fast lanes’.

Some major brands, including Google, Yahoo and Apple have come out in support of the net neutrality law, and a vote to retain or repeal the law takes place on May 18th.

We’ve looked at the issue in more detail, and explained what it might mean, over on the blog.
Thanks for watching. I’m Marion Meudal, and that was your Digital Minute.