UM recently released the ninth edition of its ‘Wave’ survey, which looks to understand the digital and social media habits of internet users and what drives them to behave in the ways in which they do. The survey asks a series of questions around social media habits, how users engage with brands, how they consume content and what they expect from those interactions.

After 53,954 responses were gathered from 79 countries worldwide, the Wave 9 survey revealed some interesting statistics about the internet’s 1.5bn global users. We’ve picked out the key stats, and looked at just what they are telling brands about the modern internet consumer.You can also get your own copy of the research findings using the link at the bottom of this post.

They don’t want ‘products’, they want brands to give them something helpful 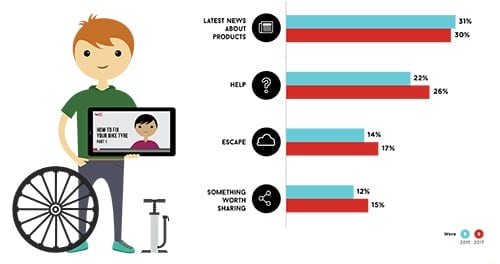 That’s a stark message for brands looking to engage increasingly connected and increasingly savvy audiences. Whilst there is still a demand for content that talks about products, brands simply can’t rely on yelling “buy me, buy me” from their soapbox - they have to find a genuine value proposition and use that value as a way to attract the attention of their target audiences.

You have 3,000 moments with which to add that value 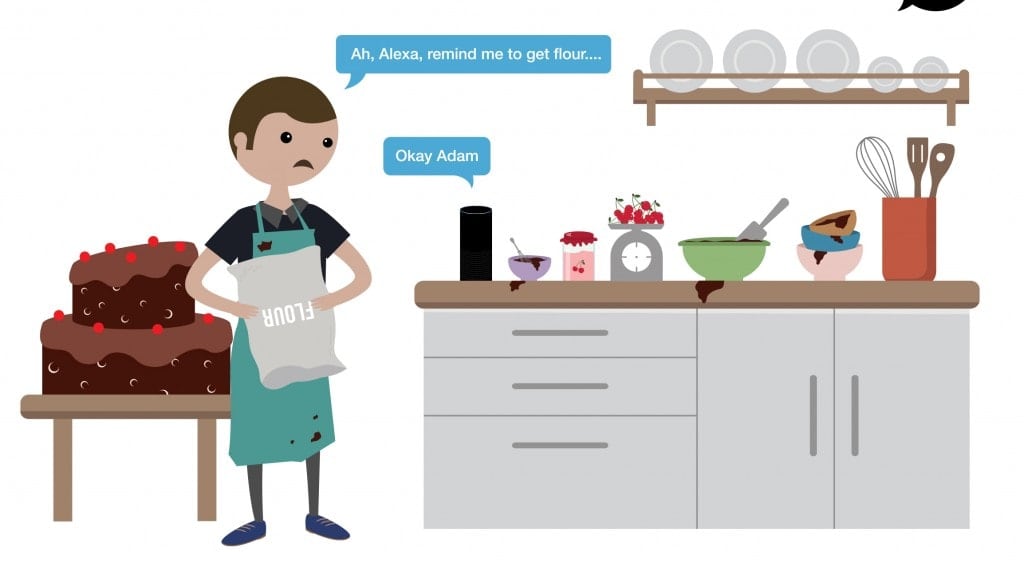 There are an estimated 3,000 ‘consumer moments’ that could initiate some form of customer journey. Whilst most of these will be relatively small, often fleeting and focused on some of the more trivial aspects of daily life, others are more significant.

These could include personal life milestones, such as a wedding or the birth of a child - which will send a consumer down a long, involved journey, or it could be the realisation of a need or a problem that needs to be addressed.

And what Wave 9 found is that it is those little moments that actually provide the opportunities for brands to really reach those audiences. Whilst the bigger moments - family celebrations, weddings, and new babies - are the ones that users discuss and share most often, the market for brands is extremely crowded. But it is the smaller, more fleeting moments that happen much more frequently that brands can tap into with much less competition fighting for attention. Many brands lack the agility to effectively be a part of those moments, focusing instead on those bigger but crowded moments, and that leaves the door open for hose more nimble brands to grab audience attention.

Some of those moments won’t illicit a transactional journey, but it is still important for a brand to be there to support the user and share in that moment. Building that positive sentiment, establishing your brand as one that can help and being able to sign-post users to the most relevant products, services or content is important as those consumers become more commercially focused on their customer journeys. 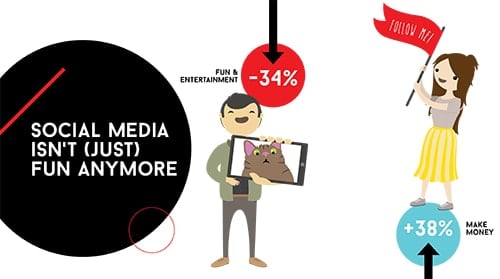 This growth in instant messaging, and in turn the expectations of an instant response, demonstrate how internet users are demanding much more from their digital interactions - and that is true of their interactions not just with their friends, but with the brands that they look to on a daily basis.

Consumers don’t want to wait 3-5 working days for a delivery that will come “between 9:00am and 6:00pm”, they don’t want to wait 14 days for their email to customer services to be answered and they certainly don’t want to listen to 20 minutes of hold music, interspersed by a recorded voice incessantly telling them how important their call is, before speaking to somebody in an under-staffed call centre.

Rather than get caught up in the bureaucratic nightmares that are often a by-product of dealing with large organisations, consumers will simply move on to somebody who can deliver that instant gratification of what they want, when they want it.

So instead of waiting three days for a delivery, they’ll find a supplier who will have it to them within the hour (and in the case of content, instantly). They’ll chose the company that can answer their customer query on Twitter or Live Chat there and then, rather one that doesn’t staff their call centre on evenings and weekends and leaves them twiddling their thumbs whilst it takes up to two weeks to get around to reading their email. And perhaps most importantly, they’ll chose all of these things over brand loyalty and reputation. 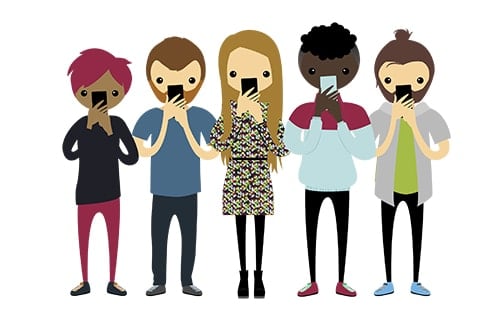 That demand for instant gratification and the need to constantly be in the know has created an internet user base that has a genuine degree of “FOMO” - fear of missing out.

Half of global internet consumers worry about missing out in the social spaces, and this figure rises to 55% amongst the 16-34 year-old age group.

That creates a consumer base that is constantly connected. Just over half (52%) of users believe that it’s important to seem active on social media, and 60% of people claim that they feel “stressed” when they don’t have access to the internet (compared to 57% in 2015).

… but you have to cut through the noise 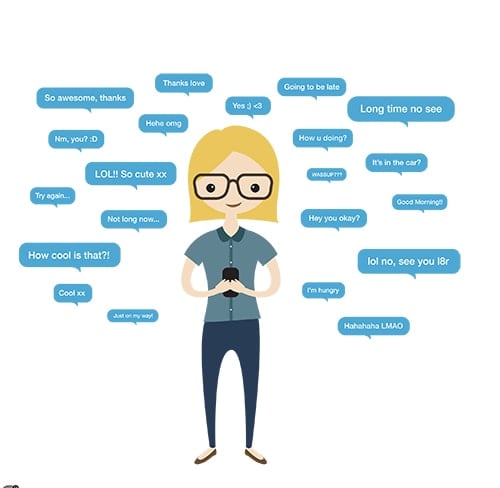 Having more connected consumers doesn’t make it easier for brands to reach those audiences. In fact, the opposite is true.

That’s partly because there is now more and more content being directed to those audiences - all vying for their limited attention. Nearly half of active internet users feel overwhelmed by content and surprisingly, this figure rises to 52% for the most digitally-native audiences.

But there has also been a fundamental shift in the role that social platforms play, with Wave 9’s results providing a clear link in consumers minds’ between their online presence. Globally, 59% claim to maintain their social media profile for professional reasons, whilst 40% claim to have ideals on “becoming famous online” - an increase from 38% in 2015.

And if that trend is indicative of how people are using social media, it comes back to that issue of value proposition.

What are you, as a brand, offering to that audience that will enrich their digital experience, and enrich them in a tangible way?

What is that value proposition? 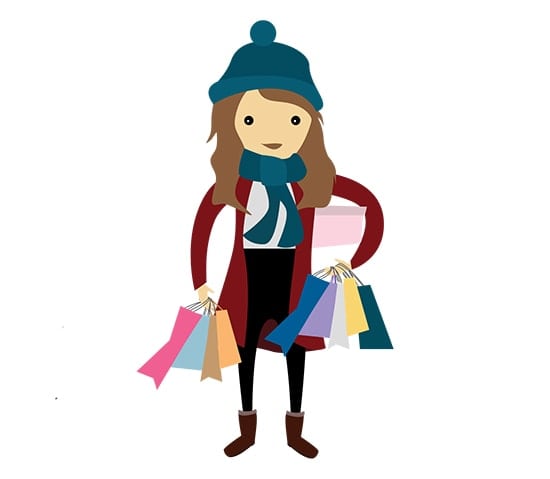 What Wave 9 concludes is that there are five core human needs that are influencing the behaviour of digital audiences; learning, relationship, diversion, progression and recognition. These act as the “why” behind their digital activity.

In order for brands to successfully reach and engage those audiences, your content needs to offer value to at least one of these core needs. Are you offering your target audiences something tangible? Are you making them more informed, happier, or richer? If not, it’s time to think again about how you try and reach out to those audiences.

Modern digital consumers are under a deluge of content, and they’re struggling to sort through it. What they will ultimately look for are the brands with the strongest proposition that suits their needs and their lives. Those brands that can’t communicate what it is that they offer, or those brands that have nothing meaningful to offer, will simply be ignored.