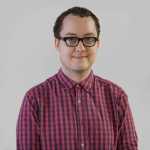 Social media influencers could face an advertising clampdown after the Advertising Standards Authority announced that it would be launching an investigation into the relationship between them and brands.

The ASA wants to investigate whether the average social media user can tell if a post or video is an advert, and to look at some of the loopholes that influencers may be exploiting to mask the fact that their content is a paid-for ad.

The regulator is concerned that some publishers are taking advantage of technical flaws in the YouTube system to obscure ad disclosures, and have also raised concerns about the issue of so-called “astro-turfing”, where commercial promotions are disguised as editorial content.

Hello, I’m Matthew and on today’s Digital Minute, we’re looking at the potential for an advertising clampdown on social media influencers.

The Advertising Standards Authority has launched an investigation that could have big implications for brands that currently partner with social media or other online influencers.

The ASA has expressed concerns about some of the ways in which social media influencers are potentially hiding promotional content. It claims that some use techniques to hide promotional disclosures, or are deliberately masking brand promotions as editorial content.

The question that the ASA will try to ask is whether a typical social media user would be able to tell the difference between promotional and genuine content, and it could decide to tighten the rules that it introduced in 2014.

Any new regulations could potentially change the way in which brands partner with social media influencers. Whilst rules already exist about the disclosure of promotional partnerships with bloggers, a clampdown in this area could prompt many to rethink their approach to influencers.

That’s all from me. Thanks for watching, I’m Matthew Startup, and that was your Digital Minute.