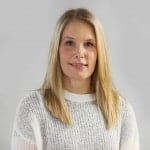 Google has announced that it is rolling out the next stage of its mobile first index, with more sites being moved onto the new ranking algorithm.

This rollout is only for sites that “follow the best practices for mobile-first indexing”, but will see those sites ranked in organic search based on how they perform on mobile devices, rather than desktop.

Hello, I’m Carrie and on today’s Digital Minute, we’ve got an update on the roll-out of Google’s mobile first index.

Google announced last week that it was going ahead with the next stage of its mobile first index, meaning that more sites will be ranked based on how well they perform on mobile ranking factors, rather than desktop.

Google started moving a small number of websites to the mobile first index back in October, but this is the first time that the search engine has announced that a large number of sites will move to mobile first index. That, it would seem, is a sign that Google is pushing ahead towards an anticipated full roll-out this summer.

Owners of sites that are moving across to the mobile first index will receive a notification in the Google Search Console, so keep an eye open for that message.

Most brands are generally ready for the mobile first index and meet the best practice guidelines. But for those that aren’t, time is running out to get your site ready.

Our free guide, Mastering Mobile Marketing, explains the mobile first index in more detail. Thanks for watching, I’m Carrie Webb, and that was your Digital Minute.