Home > Blog > From stand-up comedian to digital marketer: How insights from past careers can improve what we do

From stand-up comedian to digital marketer: How insights from past careers can improve what we do 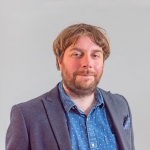 A door man, a journalist, and a stand-up comedian walk into a digital marketing agency. It may sound like the set-up for a corny joke, but as Stickyeyes has found, this description is more likely the formula for a growing and successful agency.

A door man, a journalist, and a stand-up comedian walk into a digital marketing agency. It may sound like the set-up for a corny joke, but in the modern business world this description is more likely the formula for glowing success.

In August this year, Leeds organisations She Does Digital and Hey! hosted a joint panel session discussing the unconventional routes that people have taken into the digital industry, with speakers sharing their previous experiences as everything from chefs to academics to midwives. The overriding aim of the event was to stress that digital is open to workers from all kinds of backgrounds.

But it also served to demonstrate how bringing a wide-range of people together from a diverse array of careers, experiences and perspectives can result in stronger, effective and more informed digital marketing.

Here are just some of the other stories and experiences we’ve collected.

All the world’s a stage 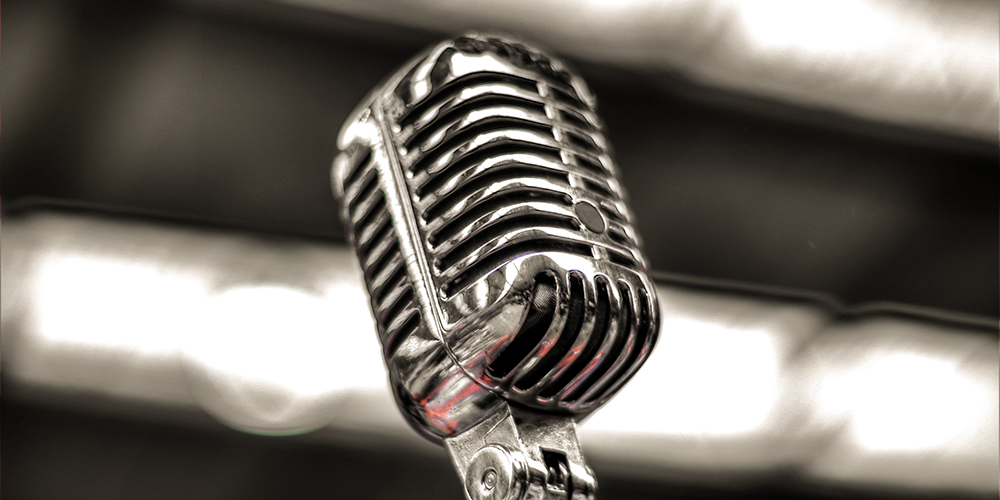 “It’s important to remember that in anything – whether it’s comedy or marketing – you’re dealing with people,” a former stand-up comedian, who now works in Client Services, explains.

Over a career spent performing to crowds ranging from a thousand people, to “six – and a dog”, you certainly learn a lot about human interaction. And many of these things are entirely applicable to pitches, meetings and how you speak with clients.

“Knowing when to talk, when to inflate or deflate a situation, how to convey your ideas in an engaging way,” they add. “People talk about ‘losing a room’, and the best thing to do if that happens is call it. If people are flagging 120 slides into a 150-slide talk, they’re not going to get more engaged!”

When it comes to confidence, too, marketing presentations don’t seem so daunting when you’ve regularly had to rely on your wit and timing to make an entire club-full of people laugh – with just a microphone between you and your sometimes raucous, braying audience.

“I’ve been in situations where I’ve died on stage in front of 200 people, or a gig has just been unplayable because it’s been so hostile. After that, what have you got to be afraid of?” 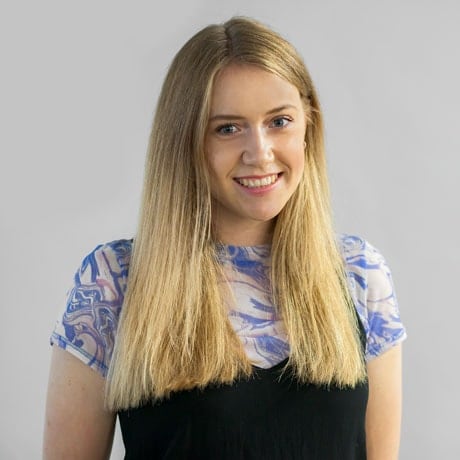 Supervising hordes of restless youngsters in the great outdoors can also be surprisingly strong preparation for the marketing world.

“I truly believe spending four summers working as a counsellor at a summer camp pretty much set me up to handle anything,” notes Becky Chambers, a Digital Designer.

“Lots of scenarios at camp test your creativity at very short notice. A particular time was when one day started as planned, but then a huge storm rolled in and all scheduled plans went out of the window.

“Suddenly it's up to you as counsellors to not only come up with a creative solution, but get everyone else on board and motivated to join in.

“The result was a lip sync battle for the ages, where we transformed our campers into a fully choreographed and costumed pop-band – confidently performing on stage in front of the rest of camp to 'One Love' by Blue.

“In my work as a designer at a busy agency, this has given me the experience to deal with [situations] when there might be a complete reversal of plans. Coming up with creative, out of the box ideas under pressure is a valuable skill. Good things can come out of a storm.”

I predict a riot 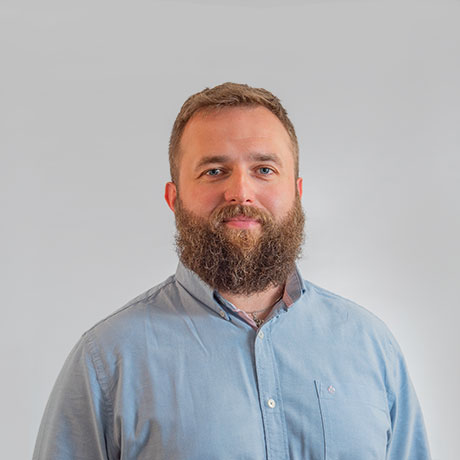 Leaving behind life as a bar doorman and riot officer in the police to take up digital marketing may seem like a staggering leap.

But for SEO Lead Marcin Soltysik – also fittingly an enthusiastic sky-diver at that time – learning how to ‘read people’ has proved invaluable in his new career.

“You have to be very good at it when you’re in a high-risk situation,” he explains. “Being able to read people’s body language and understanding their view without them saying much is really helpful in many aspects of life.

“I also learned very quickly to plan effectively as a team and consider a lot of different elements in a very limited space of time.

“You understand the importance of a team to help you too. You don’t always have all the answers. My knowledge is good but having some of the best SEO experts in the country around me helps a lot.” 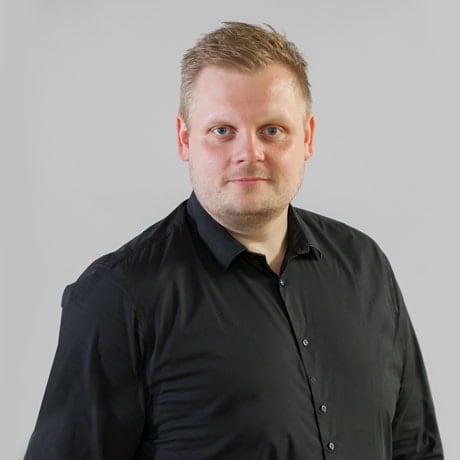 For some, stumbling upon a previously unexplored array of technological and creative possibilities has been the catalyst for their shift into digital.

“I came to advertising and marketing from an engineering start,” explains James Pierechod, a Multimedia Designer who studied industrial mechanical engineering.

“During my degree I had visions of three months on, three months off – designing components to help keep a rig afloat. Then we did some more design modules…which led a module in ‘cadcam’, as it was back then.

“This was my first introduction into designing, working, and testing in a virtual 3D world. I was hooked! Rather than having to wait to test, we can build everything, test everything, and explore everything in a 3D environment in minutes.

“From there I started building characters, worlds, and games in 3D. It was a short leap from there to advertising and marketing, but that methodical, precise, calculated approach to creativity, production, and development remains the cornerstone of everything we do.

“There is beauty in precision, efficiency, and order – but I love to flaunt those ideals and use this data to create something unique. 17 years on, I am still here - creating, testing, experimenting, and exploring the road less travelled.”

Kevin Lawson, a PR and Social Campaign Manager, believes that the media literacy he gained working in a video shop straight out of school has stood him in good stead to this day (“a video campaign I’ve been working on recently ties in so well with this background”).

But insights into human behaviour, as customers browsed the shelves, had an even greater impact.

“It was such an interesting window into people’s cultural choices. You could see [families] choose something democratically, or curate things for people who came in every week. For years, before I started there, there were some local people who had been basing their choices purely on the look of the video cover.

“There’s always a thrill when you recommend something and people really like it,” he adds. “Part of that understanding of how people digest and enjoy content stayed with me. You get a real sense of what’s important to families and individuals.

“The best ideas we have on the PR team are always related to things that happen at home. It can be easy to forget the human element of a story, but that’s pretty much all that journalists want.” 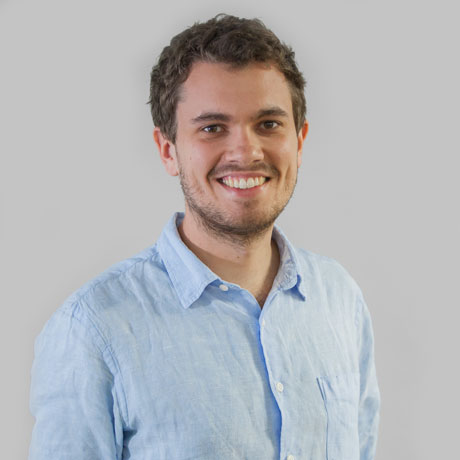 Well-trained and experienced journalists, while we’re on that subject, can bring a keen eye for proofing and accuracy to the digital content table.

Their background also means that presenting facts, expert quotes and data backed up by reliable sources – the very backbone of any self-respecting news piece or feature – should be second nature.

This fits perfectly with Google’s EAT guidelines for creating high value content, as reporters can craft copy that has depth, detail, expertise and authority.

That’s just the tip of the iceberg, however.

“As soon as the Deputy Editor of the Garstang Courier said: ‘Whatever you do, don’t be a journalist’, I wanted to be a journalist,” says Peter Adams, a magazine writer turned Digital Content Editor.

“I think, as digital writers, we can learn so much from other formats, such as print, whether that’s the writing itself or the ideas. Interviews taught me that the best stories are always about people.

“I also worked in PR and events – the best ideas are ones that make you think ‘that’s very cool … wait, you’re not actually serious?’

“This also helped me think rationally in a mild crisis. If you take months to organise an off-road event for a luxury manufacturer, for example, and – thanks to torrential rain the day before it starts – part of the route becomes inaccessible.

“My boss was also an exceptionally good people person. So I learnt the value of sticking to your principles, laughing lots – and good wine.”

This valuable background doesn’t simply have to operate in isolation, of course.

Those working in PR can join forces with their ex-journalist neighbours when conceiving digital campaigns, crafting press releases, and formulating emails for outreach. And the results can be that much stronger.

If you’re keen to ensure that your next big campaign isn’t consigned to the digital media bin, one way might be to ask your colleagues about the very things that caught their eye when they were working in the news and media industry.

By sourcing insights from those who have been on the other side of the equation, we can better understand what makes an irresistible prospect to a journalist. In short – what are they looking for, and how can we ensure that they get it?

This kind of joined-up, experience-sharing approach can be valuable for numerous other specific areas of digital marketing.

Ask around your company, and the chances are you’ll find a wealth of hidden expertise and experience spanning a diverse range of former careers and roles.

Harnessing this array of ‘secret’ skill-sets, and bringing them together to make your marketing output that much stronger, could be the secret to even greater results.

Our first SEO update of 2021 covers Google's new FAQ page, a reminder of the December 2020 update and, the return of the request indexing tool.

Huge thanks to Senior SEO Executive, Joe Potter, for keeping us up to date on the latest SEO news this year. He takes us towards Christmas with news from Google's John Mueller on BERT and exact match keywords, the YouTube algorithm and the announcement that Core Web Vitals are becoming ranking signals from May 2021.