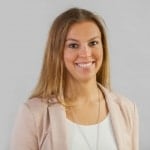 In our SEO News Roundup this month we take a look at common misconceptions with the Google URL removals tools, Google's latest algorithm SMITH, new metrics in Bing Webmaster tools and Google’s John Mueller clearing confusion about their mobile-first index.

It’s a common perception that using the URL Removal Tool will remove the URL from the SERPs and the index but, in actual fact, the tool just temporarily hides pages from the search results rather than remove anything from the index. Sometimes these pages take a while to be reindexed and usually these are less-frequently shown in search anyway, so fewer people see it.

Google recently published a research paper on a new algorithm called SMITH that it claims outperforms BERT for understanding long queries and long documents. What makes this new model better in particular is that it is able to understand passages within documents in the same way BERT understands words and sentences. Although the researchers say this algorithm outperforms BERT, until Google formally states that the SMITH algorithm is in use to understand passages within web pages, it's purely speculative to say whether or not it is in use.

Bing has added some new metrics to the search performance report within Bing Webmaster Tools which improves the insight into organic performance in Bing search for all important stakeholders. You can see clearer now, how and if crawl activities have an impact on organic traffic – for example, if crawl errors have caused a drop in organic traffic.

The block, which is expected to run until early March, follows a government order to pay publishers for their content. Many are claiming Google are trying to intimidate lawmakers into voting against proposed industry code as the law would force both Google and Facebook to share revenue with news publishers.

Google Search Console (GSC) now lets you dive into how well your news site performs in Google News. The report, which can be found in 'Performance' shows you click impressions and CTR as well as answering questions including: “how many times have my articles appeared to users in news”, “which articles performed well in Google News” and “how does user behaviour vary by country”.

There has also been substantial updates to the coverage report on GSC including more detailed index coverage statuses. It is worthwhile noting that there has been a removal of the generic "crawl anomaly" issue type which may cause other metrics to “spike” if a website had a lot of “crawl anomalies”, as they will now be attributed as other metrics. Pages are now reported as “indexed but blocked” if they got indexed although blocked by robots.txt and there is more accurate reporting on soft 404

Google has rolled out a new cleaner and modern design for mobile search results which makes it easier to read and enhances the experience. This includes changes in colours, fonts, and shapes for their main search result snippets as well as their knowledge panels on mobile. Google's reasons fot the changes include:

As any design changes can impact the behaviour of users in terms of clicks and traffic for example, it is important for brands to keep an eye on the impact of these changes in the next couple of weeks.

As Google has confirmed, the Page Experience update is only a few weeks away with Core Web Vitals being one of the most important ranking factors. Since they have a big impact for users and search engines, we should be focusing on optimising Web Vitals.

Mobile first indexing seems to confuse site owners so, Google's John Mueller has addressed some of the technical aspects including specific clarification on the use of rel-alternate and rel-canonical links on sites with separate mobile URLs. Below is a summary of his Twitter post.

Mueller explains everything stays the same in terms of mobile-first indexing. Mobile versions of a website are indexed by default. If a site is using separate mobile URLs (m-dot version), this version will be used for indexing and the same annotations should be kept in place (rel-canonical).

“The change with mobile first indexing is that we’ll use the mobile version (m-dot) as the version for indexing, instead of the www (desktop) version. For most sites, this change has already happened. If your site is already indexed with mobile, nothing will change.”

Even if the rel-canonical points to the desktop page, Google will use the mobile URL as canonical. Therefore, it is ok to maintain things as they are: desktop page as rel-canonical and mobile version as rel-alternate.

Site owners still can support Google though by implementing redirects by device type: Instead of serving a mobile page to a desktop user, the page should be redirected to the desktop URL.

By bringing hreflang into the discussion, Mueller made things a little more technical:

Given this can be a little confusing, Mueller recommends a responsive setup for site owners with their next site upgrade in case they are currently using separate mobile URls with hreflang.