Search activity in the home furnishings market is on the up, and one brand seems to be benefitting from that increased activity more than most. In our latest Search Marketing Intelligence Report, we looked at how home furnishings brands were faring in organic search and where the opportunities for growth were.

Here are the five key findings from our report.

What our report reveals is that throughout the home furnishings sector, search activity for both “big ticket” and “small ticket” items has increased, with a large proportion of this driven by both the pandemic and the trends that we experienced in the property market.

Some of these trends were relatively predictable when considered in the context of the pandemic and lockdowns. Searches in the UK for “office furniture”, for example, saw a significant increase that correlated with “work from home” directives being implemented in March 2020 and, comments from various large employers around the issue of more flexible and home-based working have emerged since, that level of interest has remained higher than like-for-like periods in previous years.

Other trends appear to be driven by the level of activity that was taking place in the property market, particularly in the latter half of 2020. These trends tended to show increases later into the pandemic, around May and June, as we can see in the “sofas” and “ceiling lights” market below. These trends appeared to follow on from increased homebuying activity that was fuelled by both the announcement of holiday in stamp duty land tax and the so-called “race for space”, where property buyers sought larger properties and outdoor space following the lockdown and shift towards more remote working practices.

What we have also seen is that these trends have continued to remain high, compared to equivalent months previous, as lockdown restrictions have started to ease and physical, non-essential retail has reopened. Much of this will be driven by the still heightened activity in the property market.

Dunelm leads the market by a considerable margin

The market leader, in terms of search visibility, in the home furnishings retail sector is Dunelm, generating an estimated traffic of 5,171,606 from the 19,834 non-brand keywords that we analysed in the sector – more than 2m more than the next most-visible brands in the market.

What the analysis shows is that Dunelm is not reliant on a small number of high-volume keywords to deliver a disproportionate volume of traffic, instead generating traffic from organic search across the entire keyword set. This includes terms that require both big-box logistics (such as large and pre-built furniture) and small-box logistics (items small enough to be delivered by multi-drop courier) to deliver to the consumer – something that proves to be something of a distinctive factor when we look specifically at the terms that different brands rank for.

When we look at specific segments of the home furnishings market, we also find Dunelm leading in the ‘living’, ‘bedroom’, ‘dining’ and ‘lighting’ product categories.

Whilst Dunelm leads the market, there is close competition for second place in the home furnishings search results with four brands, Ikea, Amazon, Argos and Wayfair.co.uk all within just over 500,000 clicks of each other.

IKEA achieves second place despite having a much lower keyword coverage than the other three brands in that cohort and instead, benefits significantly from position one rankings for a number of very high-volume terms, including “garden furniture”, “desks”, “sofa beds”, “chest of drawers”, “wardrobe” and “wardrobes”. In fact, just under one quarter of the brand’s traffic comes from seven keywords.

Compare with Amazon which, apart from eBay, has the broadest keyword range in the sector. It’s visibility is much less reliant on top rankings for high volume terms and instead, build more on a model of consistent page one rankings across the keyword set – particularly in décor-related terms that can easily be delivered through a small-box logistics model.

The situation is similar for Wayfair.co.uk and Argos, although they tend to out-perform Argos on big-box products.

What this means is that whilst IKEA may be the second-most visible brand in the market, it is vulnerable to even small ranking changes. Looking at the term “garden furniture” as an example, if IKEA was to lose its first placed ranking for that keyword to Argos (which ranks in second position for the term) that dropped ranking position alone would see IKEA fall from second to fourth in overall search market visibility.

In the so-called “big ticket” product areas, we find the specialist brands taking top position in the market – often by virtue of ranking in position one for a very small number of high-volume terms in that segment.

In the sofas and chairs segment, DFS is the market leader and, whilst the brand does rank in position one for 307 of the 1,159 keyword terms analysed in this segment, it is position one rankings for the two biggest keywords in the market, “sofa” and “sofas”, that cement that brand’s position at the top of the market. These two terms alone account for just under 22% of the traffic that the brand generates from the non-brand keywords in this category.

This segment is also where we see other specialist sofa retailers, including Sofology, SCS and Furniture Village, appear prominently.

It is a similar story in the bedroom segment, where Dreams is the leading brand in the market.

In the mattresses sector, we have seen several direct-to-consumer brands enter the market over the course of the last few years. Many of these brands have come to market with prominent above-the-line marketing and advertising campaigns but interestingly, these brands have very little visibility in organic search.

Brands such as Simba, Emma, OTTY and Nectar have very minimal presence in organic non-brand search in this sector, with these brands seem to be turning to paid search to supplement their brand activity. 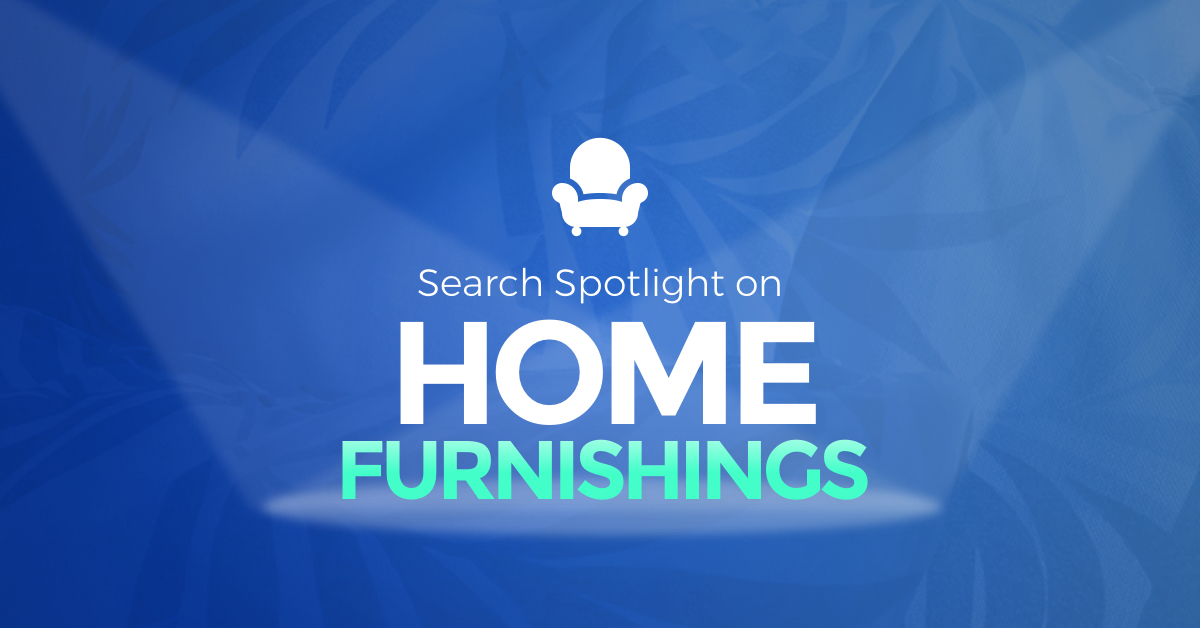 Get more detailed analysis, insight and opinion on search in the home furnishings market by downloading the full report.

The Stickyeyes Home Furnishings Search Intelligence Report will highlight just how consumer search trends have changed in the market in recent years and show which brands have been at the top of the search results in the key market categories and product areas.

Analysing close to 20,000 keywords, over 35,000 brands and domains and with more than 44 pages of expert insight, this report tells the full story behind who ranks where in search.