Home > Blog > Insights > Choosing the right influencers for your campaign

Choosing the right influencers for your campaign 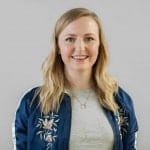 Getting your client coverage isn’t always just about targeting traditional media. Engaging with a blogger as your influencer can sometimes be a better choice than working with a journalist at a national newspaper. Consider your options carefully to secure your client the best results. Branding bloggers and vloggers as “influencers” says something in itself. Thanks to their large, loyal follower base, some of these personalities are now bringing more of an impact to brands than even celebrities are. They are the new spokespeople and their audience is like-minded, trusting online word of mouth over brash advertising. The positioning of your brand in the hands of an influencer is offering concentrated promotion to the right users - it no longer needs to be about blanket marketing in the hope of getting a small return.

Before diving into the worldwide pool of influencers, think about your brand and its audience. Who are they? What do they engage with? What are their interests? The answers to these questions will help to determine which influencer, or more precisely, which influencer’s audience you should be working with.

Online users are now choosing to follow particular influencers, read their blog posts and watch their YouTube videos. The audience is engaged and actively searching out somebody ‘real’ and similar to them for advice. This provides an authentic platform to get your brand talked about - if the fit is right.

There are several elements to picking the right influencer for your project, but the key is looking at the bigger picture.

Numbers aren’t everything. An influencer’s reach could be into the millions, but is their audience engaged? Reach is important, but a big number doesn’t mean big action for your brand - make sure their reach is in tune with yours. If you’re a culinary brand, basing your choice of food blogger on their Facebook reach wouldn’t be as relevant as looking at their Pinterest reach and engagement. Think about where the audience is looking for your product and make sure you’re present with the right person to share it.

As an influencer, are they posting frequently? Whether you’re looking at their blog, YouTube channel or social media platforms, influencers posting regularly and consistently are more likely to have a loyal following. Those posting every so often with no real pattern may have spikes in traffic, but from new users who aren’t as likely to return. The best position for your brand is with a quality and consistent flow of traffic, more likely to result in audience action and clicks. How authentic is the influencer and their words? As previously mentioned, online influencers are building a new entry for word of mouth. At a glance, they may have a high reach, get regular comments and post consistently, but what are they posting? Sites awash with sponsored content, may be less trustworthy as they are producing less of the real stories and experiences that their users are looking for to get that true recommendation of a brand or product.

As the online world continues to surge, keeping up with new social platforms, new bloggers and online trends is essential. The blogger outreach arm of Stickyeyes, Best British Bloggers has honed this over the years. Conversation with the audience is consistent through Twitter and Facebook and it’s about more than just offering blogger opportunities – the team is on-hand for help and advice and in return, this has helped to develop strong relationships with bloggers.

As an example, MTV decided to do launch activity around series one of Ex on the Beach online. Working with handpicked influencers on YouTube, ‘The Ex Tag’ was created. A popular video style on YouTube, tags are simply a number of questions for the YouTuber to answer, in turn getting their audience involved. The YouTuber can tag other users which leads to natural pick-up, extending the reach and awareness for your brand and campaign.

‘The Ex Tag’ was a short list of questions around embarrassing ex stories and initiated a variety of responses, highlighting the personalities of various YouTubers which was exactly what MTV were looking for.

This offered both the influencer and the audience a story. It was more than a rinse and repeat review and it tapped into the minds of the MTV audience and that of the influencer, enabling the targeted promotion of the show launch. Mid-teens are now spending almost 5 hours online each day, compared with just two hours watching television so it was key to reach the audience in the right place. After the success story of Ex on the Beach which secured the highest TV audience for one of their show launches, they’ve since utilised the benefits of influencers for launching series two and for other programmes. MTV have gone on to promote the European launch of Faking It, partnering with key influencers in multiple territories to get the word out pre-launch, to the exact audience they need. Choosing the right influencer for your campaign needs to be more than simply going to the ‘top’ blogger of the moment. Take into account your audience and track down that influencer who has the same mind set and a readership they can impact instead of just talk to. The definitive answer of ‘how to find the right influencer’ is to look at the bigger picture and maintain relationships outside of your immediate project. As with everything, it’s not what you know, but who you know.