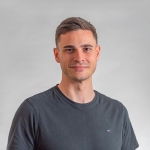 Google today confirmed on its Webmaster Blog that after a period of testing, Penguin is now a core part of the algorithm and that it is now operating ‘live’, across all languages.

Penguin was first introduced to the algorithm in 2012 as a measure to counter manipulated link profiles in the organic search algorithm. Essentially, sites with had previously sought to enhance their search visibility through poor quality, irrelevant or unnatural links, would be down-weighted in the search results.

Previously, this was a periodic update; Google would refresh the signal at a given point and this led to sudden movements in the search results. It also meant that those brands that took remedial action following a Penguin-related rankings fall would often have to wait until the next refresh to see those changes take effect.

What the new changes mean

The biggest change is that by making the signal a part of the core algorithm, website owners will no longer need to wait for a manual refresh for their remedial work to take effect. Previously, website owners could be left waiting months after they have addressed the issues behind a ranking drop before being restored to the search results – that won’t be an issue with this change.

Google has also described the new version of Penguin as “more granular”, claiming that Penguin will now devalue spam by “adjusting ranking based on spam signals”, rather than affecting ranking of the whole site.

The update essentially makes Google more alert to the issues that the Penguin signal was designed to address, meaning that it can both detect and penalise bad practice more quickly, but also reward good practice much more quickly as well.

The key message remains the same – Google isn’t going to tolerate poor linking practice, and this latest development to Penguin is a clear signal of its intent.