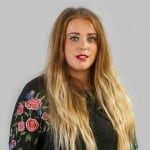 Hello and welcome to Digital Minute, this week we’ll be talking about all things Twitter – including the demise of Vine.

Twitter has announced that it will be closing its video sharing service Vine, just four years after acquiring the platform for around $30 million.

At Vine’s peak, it had a reported user base of around 200 million but as we approach 2017, those numbers have dwindled quite considerably.

By July of this year more than half of Vine's top 10,000 accounts had either deleted their profiles or stopped posting altogether.

Align this with the growth of Snapchat and the fact users can now upload video directly onto Twitter’s main platform, you can understand why there may be no longer a need for the six second service.

The news comes in the same week Twitter declared that it will be cutting 9% of its workforce, but the social giant is certainly not lying down without a fight as it looks to turn itself around.

According to reports, Twitter will begin to make “big changes”, with the future focus rumoured to be around real-time content, live video and of course, long-term growth.

Are you struggling to master social media advertising? Then why not download our free eBook, ‘How to drive ROI from Social’.

Thanks for watching, I’m Ellie Tordoff and that was your Digital Minute.