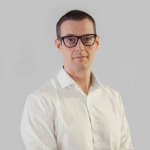 Wow – SXSW is MASSIVE. 300,000 people in one little city talking everything tech, brands and digital marketing. It’s my first time here and I’ve been knocked out by the experience so far.

The first thing that’s struck me is the breadth and depth of the programme – everything is here, from super-clever AI people to inspirational creatives and super-cool designers. All trying to help each other do digital better.

Now I’ll never be able to give you a definitive account of the whole thing – there’s just way too much for one person to cover. But I thought it would be worth sharing my key takeaways so far. Digital marketing is clearly an industry that changes pretty damn quick – you know that to be true. But don’t get tricked into thinking that pace of change is starting to level off as the industry matures. In fact, the opposite is probably correct. For me, this has been most sharply thrown into focus during sessions on AI, chatbots and machine learning.

Now as a journalist by training, I like to think I can spot the difference between something important and overblown hype – and I say that as someone who once said out loud that video on phones would never catch on (it was a LONG time ago). Having seen plenty of next big things crash and burn, I’m always wary of new tech and new solutions being heralded as a silver bullet for marketers.

However, AI is different. The technology is still nascent – “we’re looking at version 0.001” as one panellist put it – but for me this is where the next big disruption will come. If Microsoft owned the PC, if Google owned the web and if Facebook owned mobile, someone is going to come along and own AI – and when it happens it’s going to change the world.

We’re already seeing the impact of AI in chatbots – Activision shared an amazing account of how they used a conversational bot to launch their new version of Call of Duty – and voice search is starting to have a real-world impact at Google HQ. All this is already happening at a time where using Alexa, Siri or a web-based chatbot is almost always an incredibly frustrating experience.

But from what I’ve seen here, we all need to get ready. The robots are indeed coming – they just don’t clank around in big metal bodies. To adapt, brands and agencies need to think data first, think about structuring it more semantically. We’ve started – have you?

I know that’s not a particularly revolutionary statement – no one’s going to suggest that you should build walls between teams and talk to each other less. But one of the clearest things to jump out at me here has been the myriad of boxes people seem so eager to put themselves in.

Everyone claims their box is the right box, and of course they’re usually talking to an audience that’s largely made up of people from within that very same box.

And everyone uses the right words – engagement, relevance, measurement, science etc – but most people are using these words in relation to their little slice of the world. So you get the DR marketers demonstrating how to use engagement to improve email open rates, you get the media buyers talking about how you use insights to choose the right channels to push ads at people and you creative types talking about brand-building and immersive experiences. Of course, they’re all absolutely right. Brands need to be doing all these things brilliantly. It’s the lack of joining the dots that’s worrying. It all feels much like the story of the blind men and the elephant – each grabbed a different part (its tusk, its trunk, its leathery side) and they were understandably in complete disagreement about what an elephant actually was. I fear marketers are doing the same when it comes to their customers.

We’re still hooked on out-dated models which seek to reduce the consumer journey to an overly-simple linear progression through an overly-formulaic series of touchpoints and channels. In their own ways, every session has shown me that digital humans are much more dynamic than marketers’ models – in reality there are as many customer journeys as there are people in the world. Brands need to start doing a better job of catering for that. Gaining and then applying an in-depth understanding of your audience’s wants and needs – as people, not as consumers of your product – is without doubt the most powerful thing you can do as a brand.

I’ve sat through a lot of sessions and heard the phrase “People want…” said a lot of times (with varying amounts of evidence offered up in support): “People want to be surprised!” or “People want stories!” or “People want to feel emotions!”. Again, all true. Much of this is based on neuroscience and psychology, which can provide plenty of data to show that people click on the email with an emoji in the subject line 4% more than the one without (although 4% of next to nothing is a very small number).

I did a psychology degree, and one of my big problems with psychology as a discipline was its need to reduce human beings to a series of very simple variables. People are way more complicated than that.

This was brought into focus during a brilliant session led by Tara-Nicholle Nelson, who was formerly marketing VP at MyFitnessPal. She explained that the key insight which helped her take the brand from 45m active users to more than 100m active users with no ad spend was simply “spotting patterns in what people wanted in their lives, and their obstacles.” That applies universally – to all brands, to all modes of communication, to all channels – and for me it needs to be the basis of truly dynamic digital marketing (marketing in general actually). Psychological techniques can be powerful tools for marketers, and they shouldn’t be abandoned, but brands can only succeed if they really understand the audience.

So what does your audience want and need? And what’s stopping them achieving those things? All you have to do is help them. That could be through amazing products, through informational content, through highly-engaging brand experiences, through incredible TV ads. It doesn’t matter if you’re selling novelty mugs or mortgages.

If this sounds fluffy it really isn’t – there is a lot of science that goes into doing that, and a lot of testing to work out what’s actually delivering.

The loudest message coming out of SXSW – this festival of technology and innovation – is that to do digital right, you need to do people right. Digital channels are only conduits through which we communicate to people. And that’s something we at Stickyeyes – and more widely with our partners at IPG Mediabrands UK – are working to put centre stage.