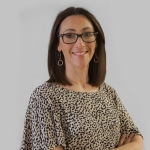 Amongst the headlines from the event was the introduction of Google Duplex, which will be able to automatically make phone calls to book restaurant tables and salon appointments, as well as the new version of Google’s Android OS – Android P.

With updates also coming to Google Mail, News and new voice search devices, there is plenty for developers and digital marketers to get their teeth into from Google I/O 2018.

Hi! I’m Sophie, and on this edition of Digital Minute, we’ll be looking at the big talking points from Google I/O.

The multinational tech company held its annual global developers’ conference only last week, revealing some of the new features it’s introducing to its mobile, voice and search products – artificial intelligence being a major theme.

The headline feature was Google Duplex, demonstrated by Google’s AI assistant, which was able to call a hair salon and book an appointment, much to the amazement of the audience.

But there were a number of other big announcements. The next generation Android will introduce a host of new features, including the option to set ‘time limits’ on how often you use your phone. Interesting updates to Google Maps, Lens and News could all be considerations for the world of SEO, and new voice search devices are on their way.

So, it’s clear, Google is betting big on voice and AI in the coming years, and we’ve summarised the key lessons from I/O, linking to some other useful guides, over on our blog.

Thanks for watching, I’m Sophie Hazan, and that was your Digital Minute.