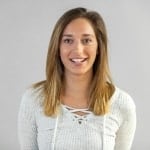 Google has lifted a lid on some of the secrets behind parts of its search algorithm, including how RankBrain handles unseen queries, how it penalises certain content and how many algorithm experiments it performed in 2017.

Google has lifted a lid on some of the secrets behind parts of its search algorithm, including how RankBrain handles unseen queries, how it penalises certain content and how many algorithm experiments it performed in 2017.

Speaking to a United States House Judiciary Committee on “Facebook, Google and Twitter: Examining the Content Filtering Practices of Social Media Giants”, a Google representative Juniper Downs revealed some insight into part of the search algorithm and how it determines search result rankings.

Hello, I’m Emma and on this episode of Digital Minute, we’re looking into how Google revealed some insights into its own search algorithm.

A Google representative found themselves in front of a US House Judiciary Committee last week, and revealed a number of interesting insights into the workings of the Google search algorithm.

Whilst the workings of the algorithm remain a closely guarded secret, statements to the committee did reveal some insight into the way in which factors like RankBrain, certain Google penalties and algorithm updates work.

Some of the statements highlighted how RankBrain handles queries that Google has never seen before, most of which are linked to unpredictable events such as the football team trapped in a cave in Thailand. It was also revealed that Google conducted more than two hundred and seventy thousand algorithm experiments in 2017 – keeping around two thousand four hundred of them.

There was nothing in the statement that is going to fundamentally change your SEO strategy, but some interesting stats nonetheless. We’ve taken a closer look at what was said over on our blog.

Don’t forget that you can also download a free copy of our SEO guide. Thanks for watching, I’m Emma Dixon, and that was your Digital Minute.